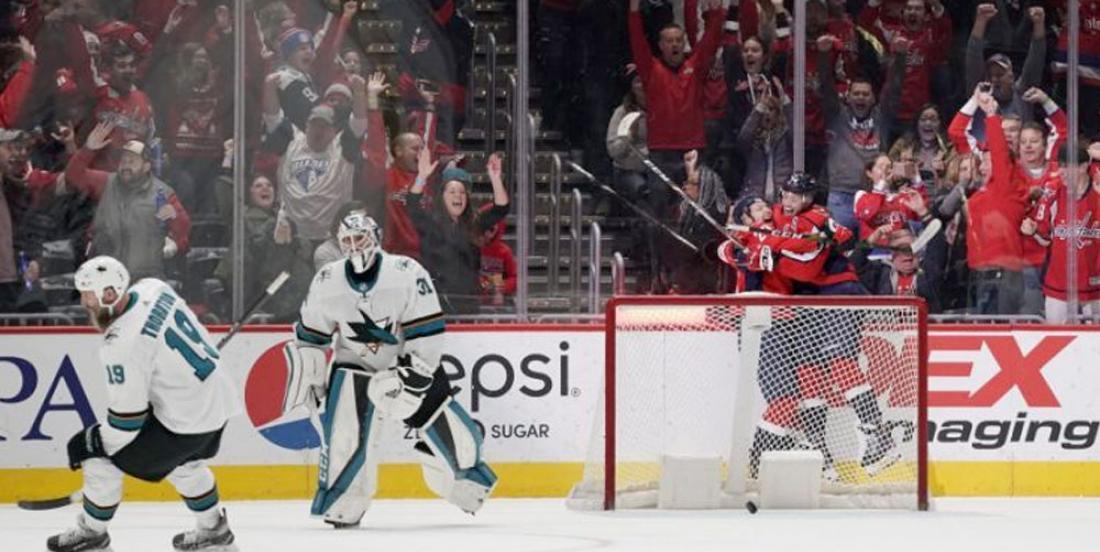 In case you missed it last night, the San Jose Sharks dropped a 5-4 decision to the Washington Capitals. No big deal, right? The Caps are one of the league’s best teams and the Sharks have struggled MIGHTILY this season. A Sunday evening Sharks loss isn’t exactly breaking news, right? Well… it was the way in which the Sharks lost that makes it so interesting.

To reset the scene, the Sharks were up 3-2 with just over a minute remaining when they managed to pot an empty net (EN) goal to take a 4-2 lead. So then what happens? The Caps storm back to not only tie the game in regulation, but claim a 5-4 victory in overtime. Believe it or not this is the first time in NHL history that a team came back to win a game in which they trailed by multiple goals, with one of their opponent’s goals being scored on an empty-net.

For Caps fans, you can relive the magic below. Sharks fans… well… you okay, bros?