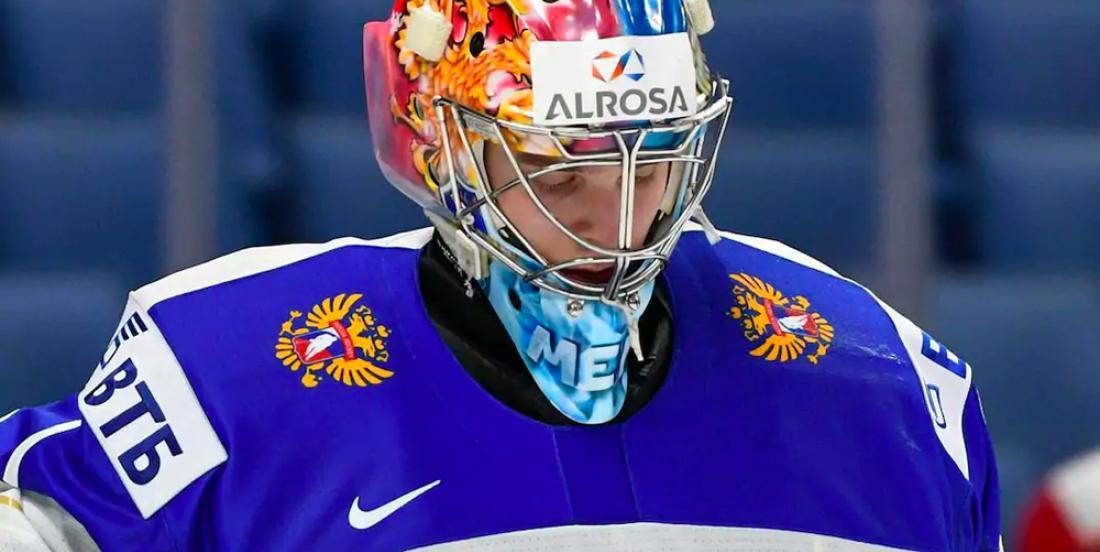 The 21 year old netminder put up some mind boggling statistics, albeit in limited time, with the KHL’s St. Petersburg SKA this season. In 16 games the 6 foot 1 inch, 180 pound goalie put up a sparking 1.688 goals against average and .930 save percentage. He was passed over in both the 2019 and 2018 drafts after playing in a relatively low level junior league in Russia. Since turning pro though, Melnichuk has established himself as one of the top goaltending prospects in the world.

It’ll be interesting to see how his addition shakes things up with regards to the Sharks’ goaltending situation. Martin Jones and Aaron Dell have both been dreadful this season and there’s a vocal group of Sharks fans who would like to see a total overhaul by GM Doug Wilson at the goaltending position.

While Melnichuk will be given every opportunity to earn a spot with the Sharks at training camp next season (whenever that is), Eronko believes that the young goalie will need some AHL seasoning.

In any case, consider this signing an early offseason win for the Sharks.