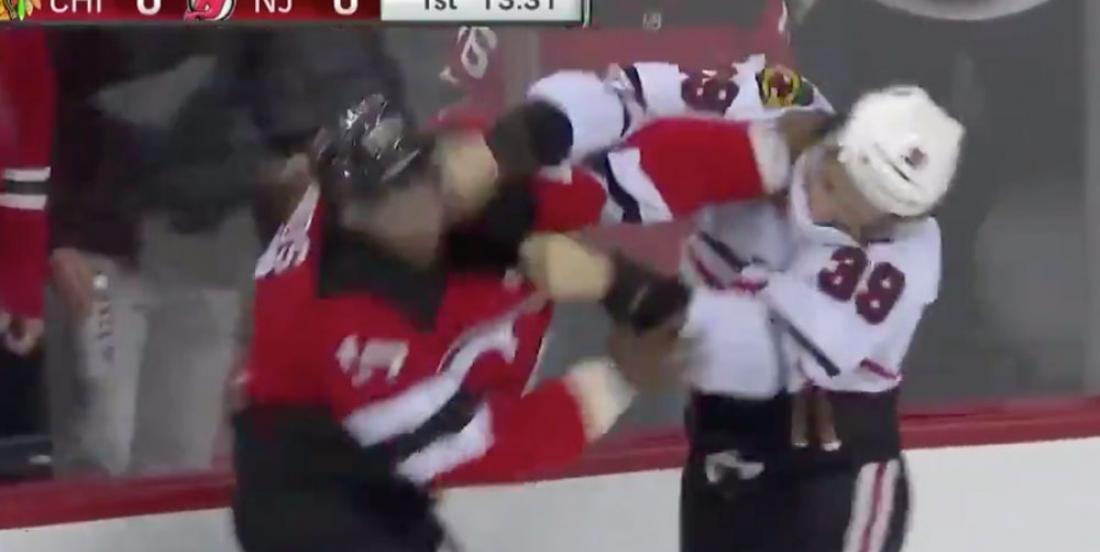 ​We got a good, old-fashioned hockey fight!

There are a few game rules from the New Jersey Devils’ dressing room and one of them is: you do not touch Jack Hughes.

When Dennis Gilbert of the Chicago Blackhawks broke that very rule during the first period of the game on Friday night, Wayne Simmonds was ready to make him pay.

Good on Gilbert for not backing down as Simmonds waited for the power-play to come to an end before dropping the gloves with the Hawks player.

Gilbert did have a strong showing in the fight against Simmonds, who has a lot of fight miles in the league: both players threw haymakers in long fight!

Both men were sent to the box and surely added some intensity to this contest!