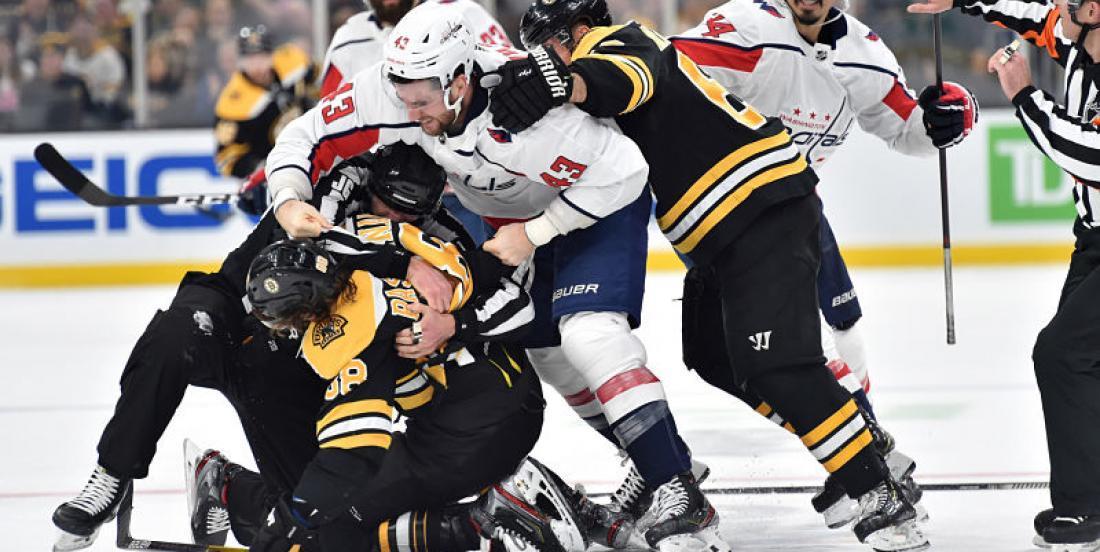 We had a feeling that players were going to have some fun as they entered the bubble in Toronto for the 24-team playoff tournament. 12 teams of the Eastern Conference were assigned to two hotels, with the Boston Bruins, Washington Capitals, Philadelphia Flyers, Tampa Bay Lightning and Pittsburgh Penguins are staying at the Hotel X during the postseason.

We can expect a few things to get out of hand on and off the ice, and it started on Tuesday night, hours after the exhibition first game took place on the ice of Scotiabank Place.

Fans were shocked when Bruins’ star forward David Pastrnak, tweeting out that Capitals’ tough guy and skilled player Tom Wilson was the best goal scorer in the league. It caught our attention and it was soon put out there that someone stole Pasta’s phone in order to tweet out this love note to Wilson.

The question is : who took the phone? Did Pastrnak leave it unattended? Was it Wilson himself, as he is staying in the same hotel, or was it, let’s say a funny teammate like Brad Marchand pulling a prank of his buddy. Or is Pasta just trolling for fun??

Wilson responded to the tweet moments later, saying he appreciated the compliment, but believes his captain Alex Ovechkin is the best goal scorer in the NHL.

The Capitals enjoyed the madness and retweeted the post as well.

This is just so funny and we cannot wait to see what this setup has more in store for fans throughout the series!