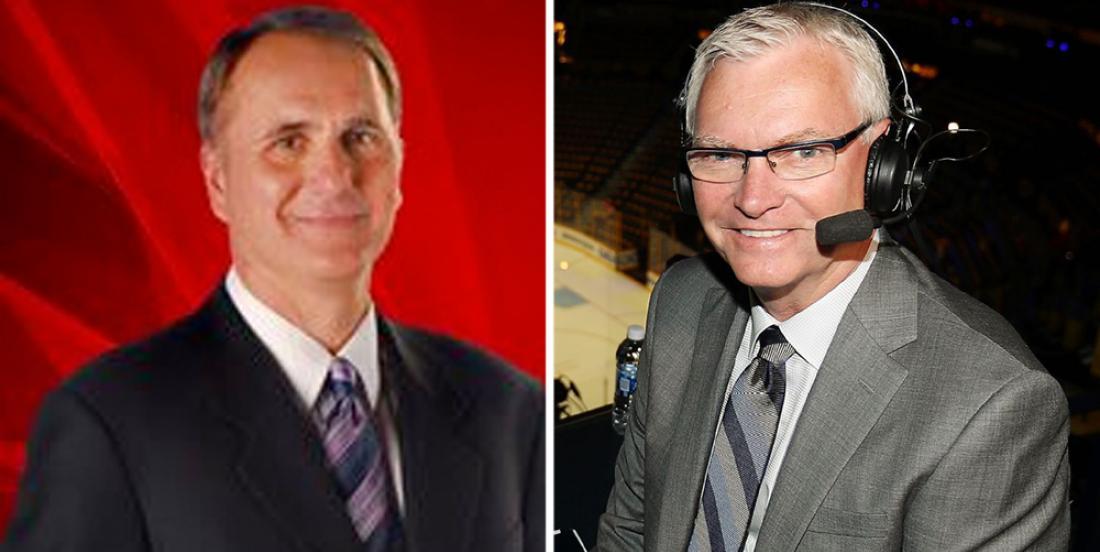 According the multiple online reports, Sportsnet has decided on its broadcasting team for the upcoming Stanley Cup Qualifying round and, presumably, the Stanley Cup Playoffs, as well. Oh... and in case you forgot former TSN play-by-play man Chris Cuthbert is now officially a member of the Sportsnet team. As it turns out Cuthbert will make his Sportsnet debut calling Western Conference games in Edmonton while long time Sportsnet broadcaster Jim Hughson will call Eastern Conference games in Toronto.

Leafs fans are going absolutely BALLISTIC online in reaction to Hughson's assignment. It seems that a large portion of Leafs Nation isn't exactly enamoured with Hughson, despite the fact that he has a near 40 year history as one of the NHL's top broadcasters. He has been the lead play-by-play man on Hockey Night in Canada since 2008, taking over for the legendary Bob Cole on the broadcast's Leafs games.

I mean... check out some of these reactions from Leafs fans:

To be fair though, you can see how and why some Leafs fans may not be satisfied with Hughson's work. After all, he is a Western Canadian guy who resides in White Rock, BC just outside of Vancouver. He got his big break in media working Vancouver Canucks radio broadcasts and, as any Canucks fan will tell you, Hughson's affinity for his hometown team really stands out when broadcasting them. When he calls Leafs games though... well he can be a bit flat. But... let's get real...

The reason why Leafs fans don't like Hughson is because he doesn't "fan boy" out like radio announcer Joe Bowen or the aforementioned legend Bob Cole. The fact is that Hughson is a very accomplished broadcaster who has earned top spot on the game's top broadcast. And besides Cuthbert has a knack for calling big moments in Western Canada...