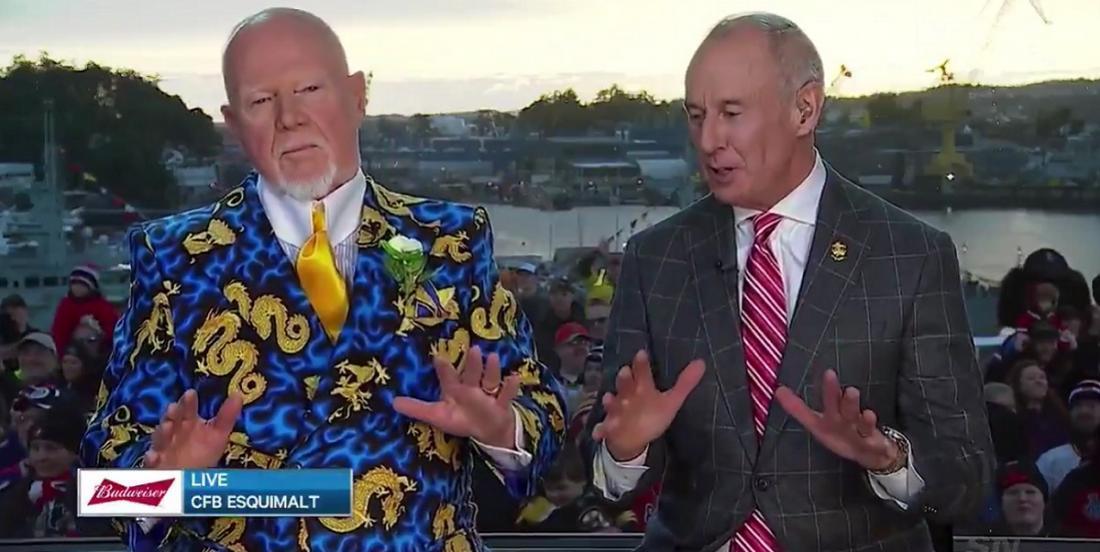 Sportsnet condemns the comments from Cherry, but there will be no discipline.

The National Hockey League's most infamous curmudgeon landed himself in some hot water on Saturday night and now it sounds like he will be facing some consequences for his actions, well sort of at least.

During Saturday's segment of Coach's Corner, aired during the NHL broadcast, legendary NHL analyst Don Cherry made some comments that ignited a firestorm on social media. Cherry was highly critical of those who did not support the Canadian Armed Forces by purchasing a poppy for Remembrance Day and specifically directed his ire towards the citizens of both Mississauga, Ontario Canada and Toronto, Ontario Canada. Although no doubt the people of Toronto and Mississauga did not appreciate being called unpatriotic by a long time supporter of the Canadian Armed Forces, it was Cherry's comments regarding those who immigrate to Canada and their lack of support for the tradition that have gotten him into trouble.

The comments clearly struck a chord with the viewing audience as both criticism and praise of Cherry's comments came flooding in on social media, for some examples of both you can check out an earlier article we published on this story. Now to be fair I suspect it would be highly unlikely for Cherry to find himself bothered by either the praise or criticism he received following his comments on Saturday, but what may phase him is the criticism he is now receiving directly at the hands of his own employers.

Following the controversy Sportsnet has now issued a statement wholeheartedly condemning the comments made by Cherry on Saturday, although it seems as though there will be no consequences for Cherry outside of the this public statement.

The statement was signed by Bart Yabsley, President at Sportsnet, although both he and Sportsnet have now also come under fire for not disciplining Cherry more severely for his statements.

If you missed the original segment and would like to check it out for yourself you can find that in our story published earlier today.