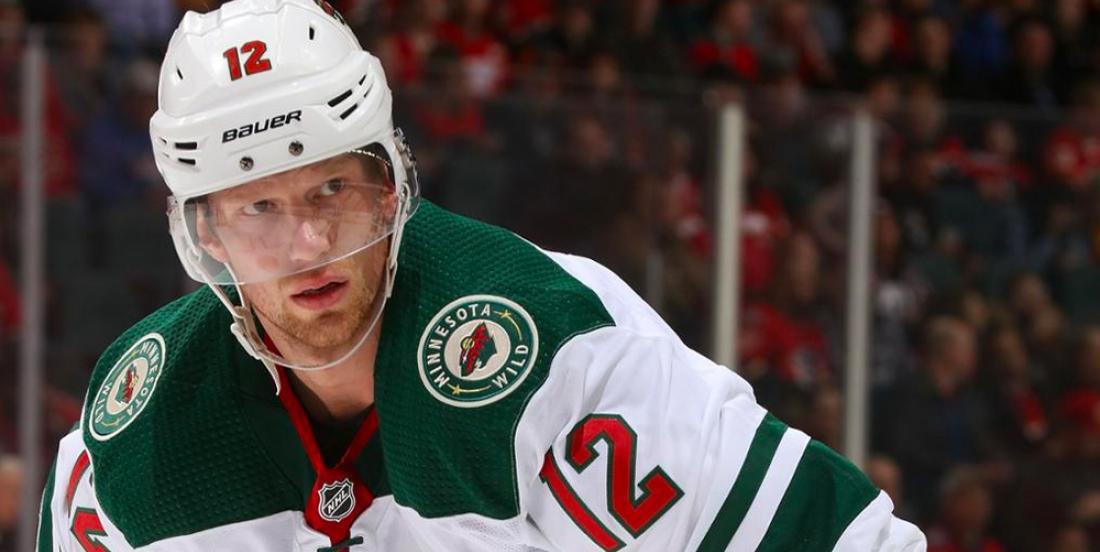 In case you missed it yesterday, the Minnesota Wild and Buffalo Sabres both officially kicked off their offseason by hooking up on a one for one trade that saw Eric Staal head to Buffalo in exchange for Marcus Johansson. Both veteran forwards are entering the final year of their contracts and this appears to be nothing more than a good old fashioned hockey trade by Wild GM Bill Guerin and Sabres GM Kevy Adams. If nothing else, these guys are sticking their necks out with a deal like this... especially Guerin and the Wild.

The initial reaction from the hockey world to the trade could best be described as mild shock. Sure, this isn't an Earth shattering trade, but it is significant and given Staal's production with the Wild over the past four seasons it is a bit head scratching. The early reaction from Wild fans has not been positive and Staal himself... well according to Wild insider Michael Russo of The Athletic, Staal was absolutely stunned by news of the trade.

Staal has yet to make a public statement regarding the trade, but it's expected that he'll join his no team without issue. After all, this may not be what Staal wanted but the guy is a true professional and isn't the type of guy to make a fuss just because he got caught off guard.

“Eric’s always a positive influence on guys, but sometimes change is good for us. This is part of it,” Guerin said to Russo immediately after the Staal trade. “We need to mix things up, we need to find a different pathway to success. And that’s what we’re trying to do. We’re trying to build a better team and sometimes you have to take some drastic measures."

“If I don’t make moves, nothing will happen. We’ll just stay the same, and that’s not the idea.”

Ironically, Staal had turned in his revised 10 team "no-trade" list to Guerin just 24 hours prior to his trade. The list evidently did NOT have the Sabres on it. It's believed, but not confirmed, that Staal had the Sabres on his previous "no trade" list. This again according to Russo.

Oof... that's gotta sting. No offense, Sabres fans... but I'd imagine that the Sabres are on a lot of "no trade" lists around the NHL. To put things bluntly, the Sabres have been bad for a long time and it's difficult to see any veteran player wanting to hop on the bandwagon. In any case, this is a solid first move by rookie GM Kevyn Adams, here's hoping he can continue to pull off moves like this and he can turn this historic franchise around in short order.