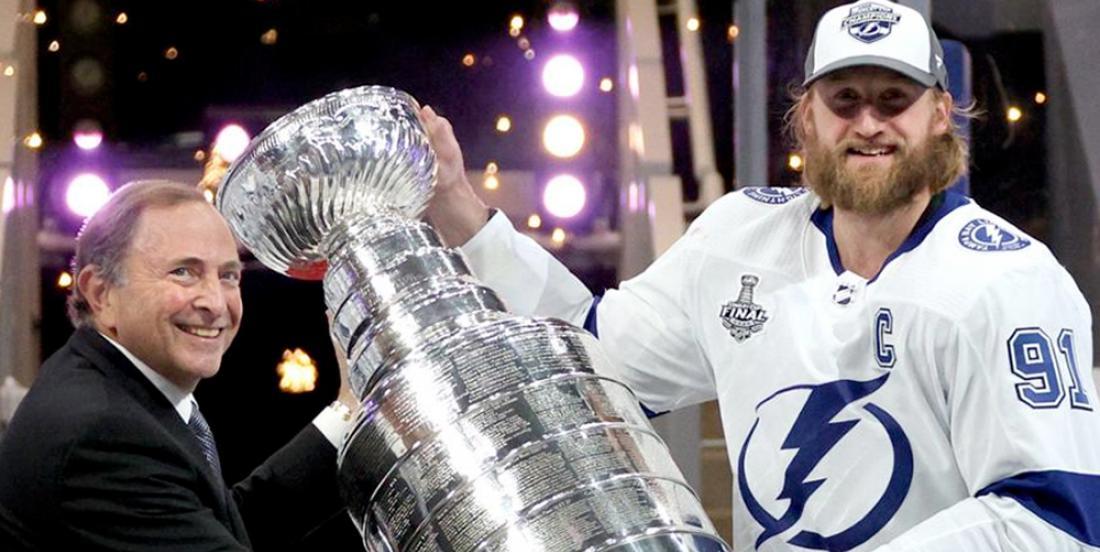 Steve Stamkos created a moment in time for all hockey fans with his short but sweet appearance in Game 3 of the Stanley Cup Final.

The Tampa Bay Lightning captain of course made his long awaited return to the Lightning lineup for Game 3, but managed just 2 minutes and 47 seconds of play before he was forced out of the lineup. That's not to say he didn't make an impact though.

Here's Stamkos scoring an absolutely classic Stamkos-like goal on just his second shift of the game:

I gotta say... Stammer looks pretty good on that goal to me. So... what's the deal? What was the injury that kept him out of the lineup so long and then ultimately forced him out after just 3 minutes of gameplay?

If you're like me you're probably wondering what the Hell a "compensation injury" is. I'm going to go out on a limb and guess that because Stamkos still had some tenderness in his core muscle area that he overcompensated for that by putting extra strain on his groin muscles. If that's the case, it's incredible that he was ever able to play an NHL game, even if it was just for 2 minutes and 47 seconds. If you've ever had a groin muscle injury you know that it's near impossible to perform basic skating techniques like C-cuts, turns or crossovers. The fact that this guy flew down the wing and ripped home a shot like he did is actually remarkable.

Here's hoping Stamkos can fully heal and rest up for a strong run in 2020-21. After all, how cool would it be to see this team go back to back but to do it with Stamkos leading the way on the ice next season? With a support staff like NIkita Kucherov and Brayden Point up front, a healthy Stamkos is just a crazy luxury for the Lightning to have.