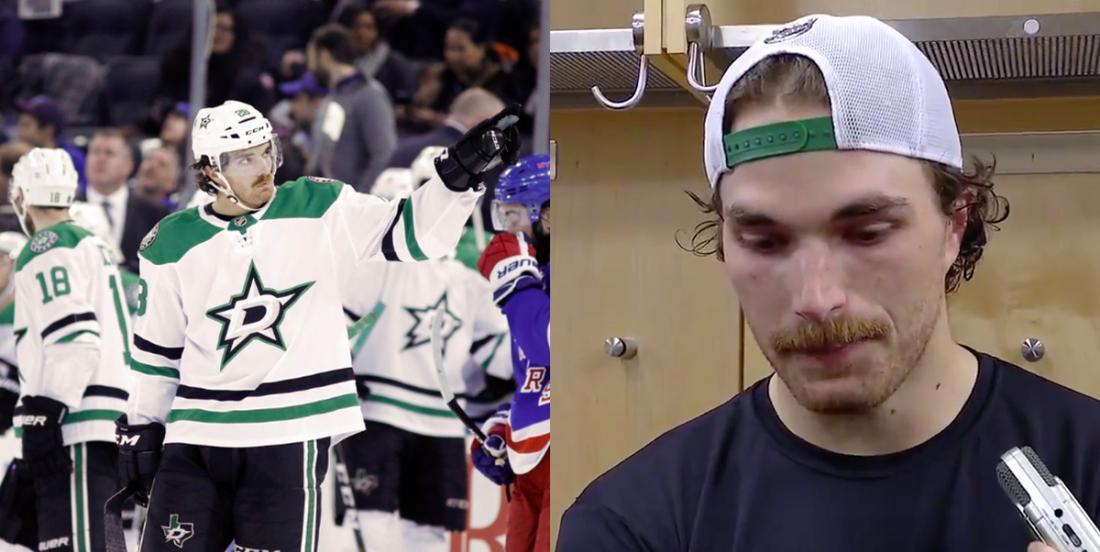 When Dallas Stars defensemen Stephen Johns missed the entire 2018-19 season with what was initially diagnosed as post-traumatic headaches, everyone expected him to return as the same old player.

However, Johns and his family revealed in a poignant interview with Sean Shapiro of The Athletic, that his journey back to the ice included severe bouts with depression, which included sitting in his bed and composing suicide notes in his head.

“I would wake up at 4 in the morning and think about it more, then I would take some anxiety medicine during the day to take a nap and it just put me into a vicious cycle,” Johns said . “I wasn’t really eating, I wasn’t sleeping, I wasn’t doing anything. … It took me a long time to escape that cycle of thinking those horrible things.”

As you know, Johns made it back and returned to the Dallas’ roster on Feb. 3 against the Rangers, when he scored his first goal since coming back with his parents in attendance at Madison Square Garden.

What a day to be alive. And we bet Johns’ battle will inspire many people struggling with anxiety and depression. He was glad his parents were there to see him score at MSG, seeing that he credits them and his girlfriend Taylor for helping make his comeback a reality. He also is very grateful to the Stars organization and interim coach Rick Bowness, who gave him the space he needed during the 2018-19 season, but also supported him in his efforts to return.

“I can’t thank him enough for that,” Johns told The Athletic. “He cared about me, not just Stephen, the hockey player.”

Johns took part in 17 games during the regular season before it was halted due to the COVID-19 pandemic, scoring twice and assisting on three other goals before the mandatory pause.

We are so happy to hear his inspiring story and can’t wait to see him back on the ice for the Stars in their Stanley Cup quest.