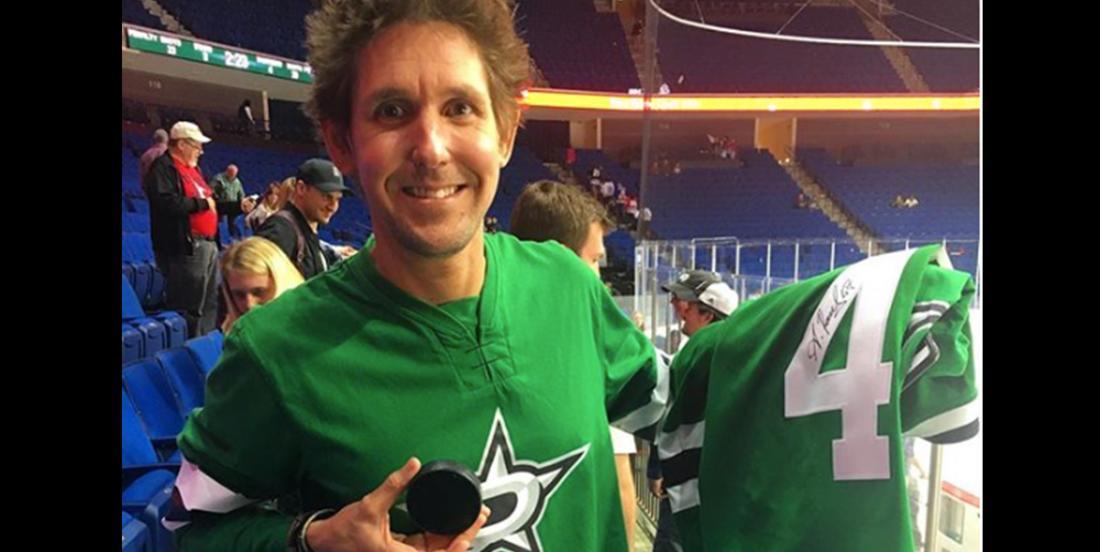 At a preseason game between the Dallas Stars and Florida Panthers this past weekend in Tulsa, Oklahoma, Stars superfan Levi Patton literally gave Stars forward Alexander Radulov the shirt off his back.

When Radulov’s new jersey didn’t quite fit right, he had the team’s equipment staff scour the stands for a fan with a replica green #47 jersey in Radulov’s size. Patton, who received his prized jersey as a Christmas gift from his girlfriend happily allowed Radulov to wear it for the second and third period of the contest.

Check out this story, straight from Patton himself:

So last night something pretty amazing happened. We had 2nd row tickets to the Dallas Stars exhibition game in Tulsa, OK right behind the team’s bench. I was wearing my #47 Radulov jersey Nicole had got me for Xmas. Throughout the first period you could see Radulov pulling and tugging at his wrinkled jersey that did not fit him well. At the end of the 1st period, someone from the Stars locker room approached me and asked what size my jersey was. He then asked if I would mind if Radulov wore it. Rad wore MY jersey for the rest of the game! After the game, the jersey was returned to me tattered, sweaty, and autographed. The man makes north of $6M a year and he wore my shirt to work in last night. Pretty damn cool in my book.

Here’s a photo of Patton with the jersey in question, after getting it back from Radulov with a signature on the number:

NHL jersey authority Sportslogos.net has confirmed that Radulov was indeed wearing a replica jersey for the game, as evidenced by the different shoulder patch and Adidas logo:

How awesome is that? After the game Radulov and the Stars returned the jersey to Patton who said it was a little “tattered, sweat and autographed. No word yet on what Patton plans to do with the game worn jersey, but chances are he won't be wearing it around downtown Tulsa anytime soon. We're willing to bet that this cool piece of Stars history will end up hanging on a wall in the Patton household.