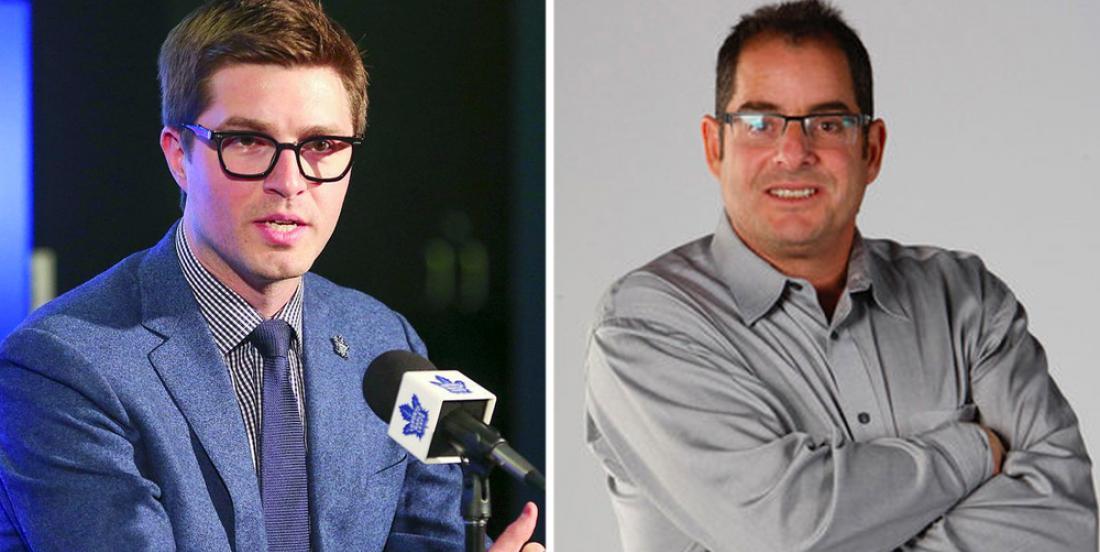 Love him or hate him, there's no denying that Steve Simmons brings the heat.

For better or worse, the veteran Toronto Maple Leafs reporter has made a career out of dishing out hot takes. He's taken some serious heat for high profile stories like the Phil Kessel hot dog vendor tale and, more recently, by outing Auston Matthews' COVID-19 diagnosis. At worst he's antagonistic and pompous, at best he's relentless in pursuit of the truth. Again, love him or hate him there's no denying that Simmons can be entertaining.

And even for those of us who simply roll our eyes at Simmons' ridiculous hot takes, it can be difficult to avoid the guy. It's like he goes out of his way to be a jerk just so that he can make headlines.

Case in point: Earlier today Simmons decided to call out Leafs general manager Kyle Dubas and his lack of 'GM of the Year' votes.

Clearly this is just bait for people to come at him, right? I mean... by my count there are 14 other general managers alongside Dubas who didn't receive any votes either. It's also ironic that New York Islanders GM Lou Lamoriello takes home the award this season. After all, it was Lamoriello who was shown the door in Toronto when ownership backed Dubas. Since then Lamoriello has managed to turn around the Islanders franchise and lead them to the Eastern Conference Final for the first time in nearly three decades.

But here's the thing... Lamoriello won the award this year after not really doing much to improve his team.

The Barry Trotz hiring was done in 2018 and that's obviously the biggest move that Lamoriello has made with the Islanders to day. I mean, he did acquire J.G. Pageau at the trade deadline thsi season and lock him up to a six year contract. But that's just about all he did. In any case, it's hard to argue against Lamoriello as GM of the Year. The guy's a living legend and he'd be a candidate in just about every season of his career if you really broke things down.

In the case of Dubas though, Leafs management and ownership is preaching patience to their fans. After all, not everyone can be Lou Lamoriello right out of the box. Then again though... this kid did get a three year stewardship under Lou himself. At a certain point, you have to put up results.