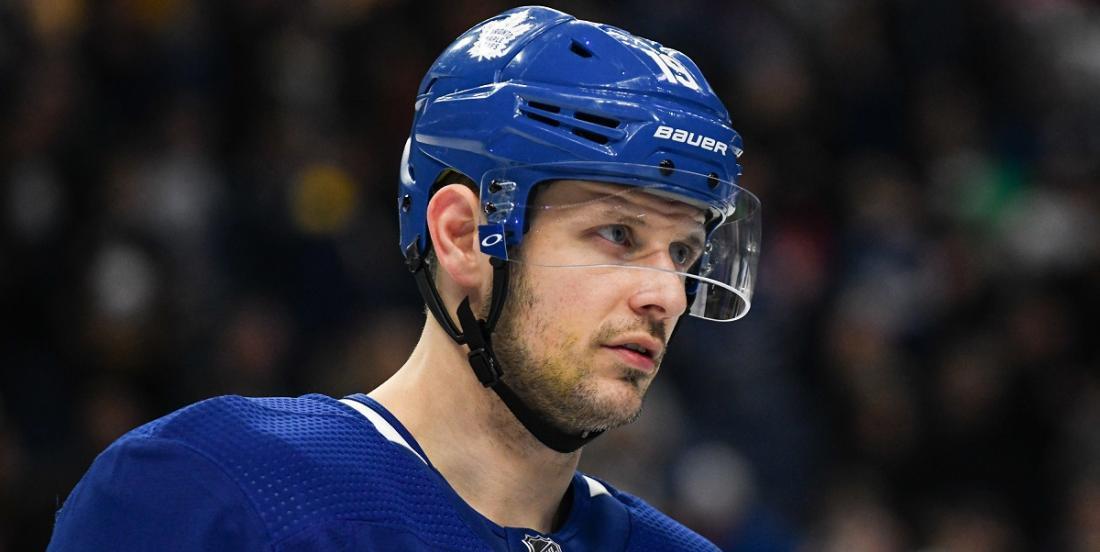 Notorious Toronto sports columnist Steve Simmons has had something of an acrimonious relationship with the Toronto Maple Leafs, so much so in fact that an infamous story involving Phil Kessel and some hot dogs is still the first thing that many long time Leaf fans will bring up when his name is mentioned.

Simmons of course has earned himself the ire of fans in Toronto and on Saturday in his most recent column he all but insured he would do so again when he took a very thinly veiled shot at the Maple Leafs core group of players. Simmons' column focused on the recent acquisitions made by the Maple Leafs in the offseason, notably the signings of veteran players Wayne Simmonds, Jason Spezza, and most recently Joe Thornton, moves that he believes are a condemnation of the leadership, or lack thereof, among the current group of Maple Leafs.

There's no question that all 3 men were brought in due at least in part to how well respected they are around the league as locker room leaders, but I also think Simmons is being a little uncharitable here by leaping to this conclusion. A huge part of the incentive for the Maple Leafs to sign all 3 men was also the fact that each was willing to take a minimal salary to play with the Leafs. Both Thornton and Spezza will make the league's minimum salary of $700,000, and only Simmonds will earn more with a cap hit of $1.5 million for next season, a huge boon for a Maple Leafs team that only has $1.4 million in cap space. The Leafs still have two restricted free agents in need of new contracts with both forward Ilya Mikheyev and defenseman Travis Dermott in need of new deals, so the addition of more expensive players would have been a near impossibility for an organization that still needs to get creative to fit those players under the cap.

There's one more factor that makes them particularly appealing for the Leafs, and that is of course the fact that all of the players mentioned by Simmons are Canadian, all native to the Province of Ontario in fact. Not only will this make them popular with fans but with talk of the potential for an All-Canadian division in the National Hockey League next season having Canadian players on a Canadian team could prove to be a huge benefit. Players native to the country are far less likely to struggle with the fact that they will have to remain within Canada for the duration of an entire season, and they can also provide a potential home away from home for some of their younger teammates that may not have that luxury.

Do you agree with the controversial columnist? Or is there more to these recent moves from Maple Leafs general manager Kyle Dubas?