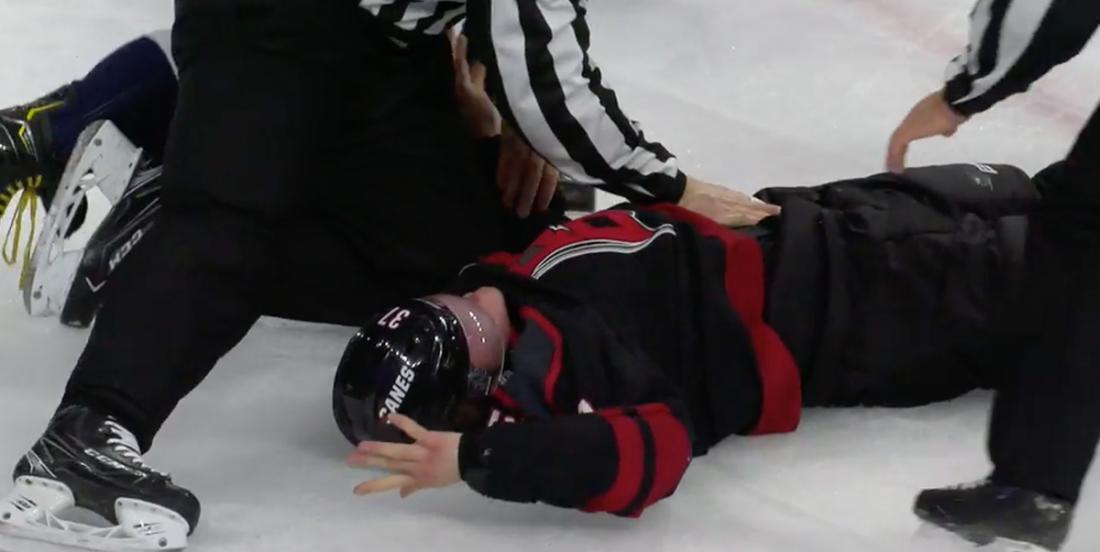 Ovi stunned Svechnikov with some HUGE right hands and sent the kid crashing to the ice with a brutal knockout:

Immediately afterward, Svechnikov’s brother Evgeny, who is a member of the Detroit Red Wings organization, took to social media and vowed to avenge his younger brother.

Uh… creepy. Is this some weird Russian thing? They use Freddy Krueger quotes to creep each other out?