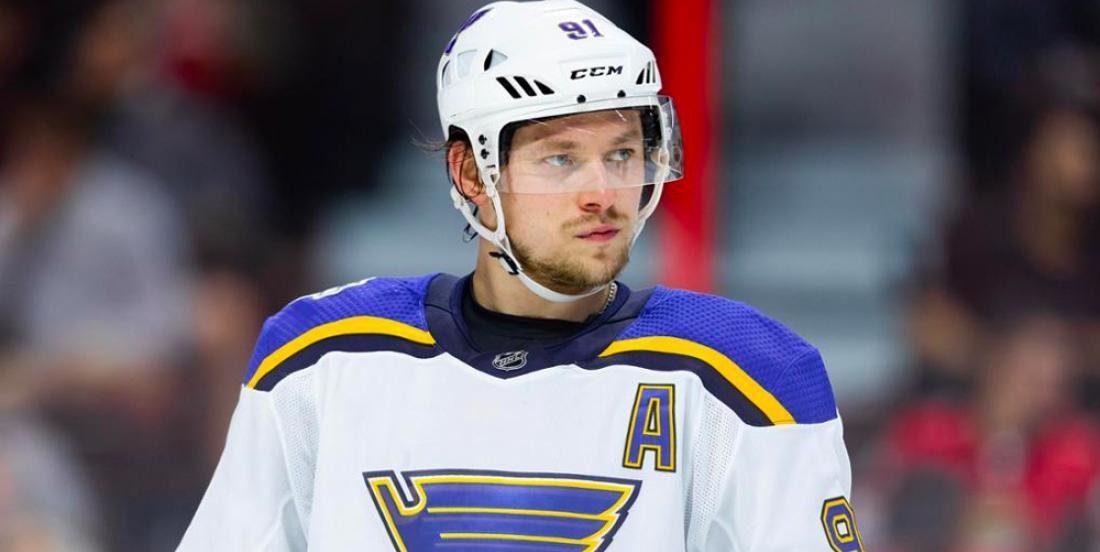 Blink and you may have missed Vladimir Tarasenko's playoff run with the St. Louis Blues this post-season.

The Blues sniper played just four games during the Round Robin Series and the Stanley Cup Playoffs, going pointless along the way. The Blues pulled him from their series against the Vancouver Canucks after there were concerns that he still wasn't fully healed from his shoulder surgery earlier in the season. Now, Blues GM Doug Armstrong has in fact confirmed that Tarasenko's shoulder needs additional surgery and that he'll be on the shelf for another five months at least.

So... did the surgery not take? Or did he re-injure it in his series with Canucks?

It was clear that the Canucks targeted Tarasenko in the series and did so quite effectively. Again, he was held pointless and frankly he looked tired and his movements were very laboured. In effect he played like he was injured, go figure.

In any case Tarasenko managed just 14 games total this season, scoring three goals and 10 points. This is obviously not the showing that he or the Blues were counting on following a Stanley Cup season in 2018-19. And the worst part of it is that with today's news it looks like Tarasenko will miss a good chunk of the 2020-21 season, as well. We don't know exactly when the puck will drop on next season, but most bets are December 1st or January 1st. Five months from today would put Tarasenko's return into late January and that's assuming that he'll be ready in five months.

The diagnosis for his first shoulder surgery was six months and 10 months later Tarasenko is still struggling. Who's to say that he'll be in any better shape five months from now? I think it's probably safe to say that the Blues won't have their top sniper available to them for the foreseeable future. If this set back can be of value at all, it should be to prove that you should never try to rush a player back from an injury because you'll only serve to shoot yourself in the foot or... in this case, the shoulder.