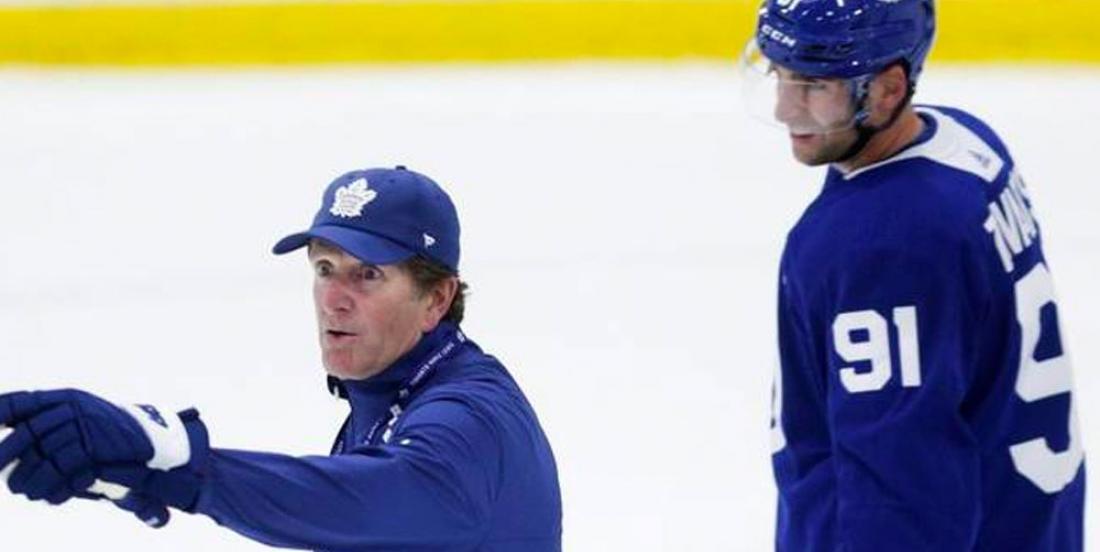 John Tavares has been doing a great job as captain of the Toronto Maple Leafs despite a bumpy season which saw Mike Babcock lose his job as head coach back in November.

In an interview with Sportsnet on Tuesday, Tavares revealed that he got in touch with Babcock once he got the boot from the team because he had important things to share with his former bench boss.

“Well, I just called to thank him. He was a big part of bringing me here. Also, he helped me become a better player. I had a really good year under him (a career-high 47 goals, 88 points and plus-19). He taught me a lot, and I think his commitment every day to maximize the team and maximize everybody was extremely impressive. He wanted to help do something special here. So I think just for all that, and obviously you’re disappointed it didn’t work out because, as players, we’re the ones responsible when we go out on the ice to play at a high level and get the job done and make the plays necessary to win games. So, you feel a sense of responsibility. I think (it was) owning up to that and having a good conversation and just wishing him the best and enjoying whatever downtime he has and whatever happens with his future.”

Tavares might have felt responsible for Babcock’s firing, but has been very supportive of his new coach in Sheldon Keefe. He is however willing to admit Babs has made his a better player.

“He talked about a lot of things away from the puck and just committing to them on a daily basis, game in and game out. And they’ll lead to a lot of good things. It’s effort, but at the same time, it makes the game easier for you. So, it’s just buying into that and understanding that. That was probably the thing that I remember the most.”

Tavares did not talk about the conflict between Babs and close friend Mitch Marner. As you know, days after his dismissal, it was revealed that Babcock brought rookie Marner into his office during the 2016-17 season and asked him to list players on the team from hardest working to least hard-working. Marner was taken aback when his list was shared with the teammates he placed at the bottom.

Tavares wanted to focus on the good side of Babcock, stating he believes he will eventually return to the NHL.

“He’s just very competitive. Unless he’s very content — I’m not sure. But it’s hard to see him not doing what he’s done for so long, and he obviously had a lot of success with it.”