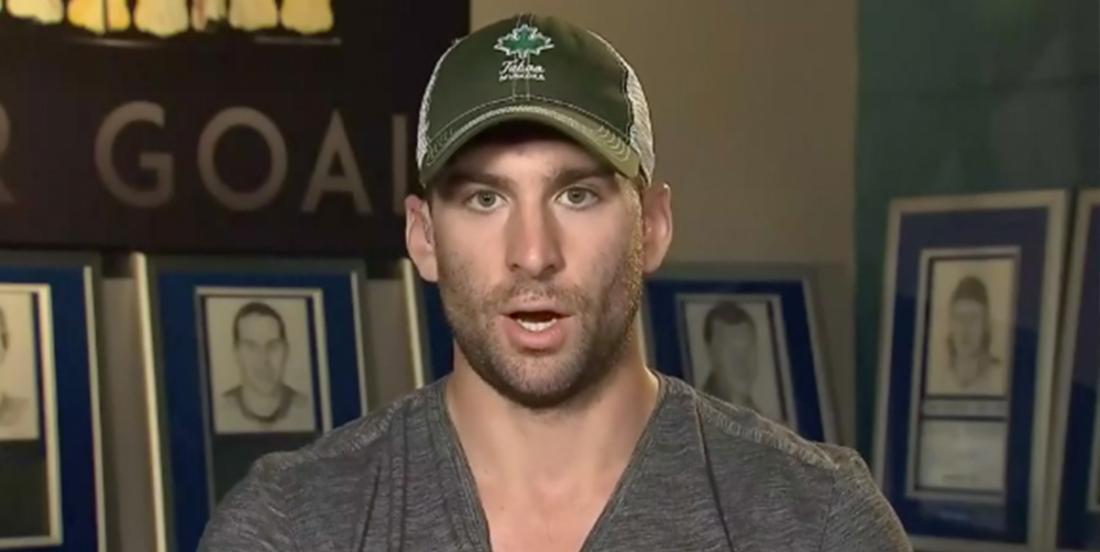 Despite it being the middle of the offseason, there’s still plenty of buzz surrounding the Toronto Maple Leafs and, while Mitch Marner is generating the majority of headlines, he’s not the lone Leafs player in the spotlight this offseason.

With Leafs fans and the media speculating wildly on who the team’s next captain might be, Leafs forward John Tavares, a former NHL captain from his days with the New York Islanders, spoke to TSN’s Corey Woron about the Leafs’ vacant captaincy.

When asked by Woron if it’s a role that the team needs to fill this offseason, Tavares replied with:

“I don’t think we (the players) worry about it a whole lot. We rely on each other… but speaking from my own experience you rely on so many of the players around you for their advice and their guidance and leadership when you’re the voice of the team.”

“I think it’s a very special and significant role.”

Indeed. And to be fair, Tavares would make an excellent choice as captain.

As for Marner though… well JT had some thoughts on his linemates’ contract standoff with the Leafs.

“There’s lots of restricted free agents unsigned still, lots of guys in a similar position as him, so there’s still some time here and I think we all believe that the right thing will happen.”

“Something will get worked out, I think that is what both sides obviously want… sometimes it just takes longer than others.”

Wise words. Maybe the words of a future Leafs captain?