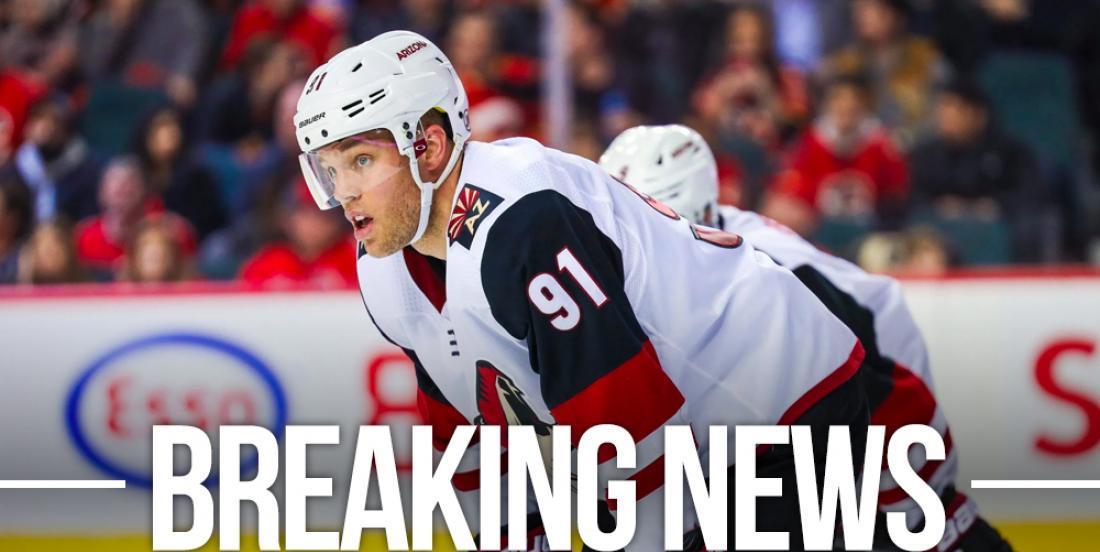 According to a report from Arizona Coyotes insider Craig Morgan, pending free agent Taylor Hall will NOT re-sign with the Coyotes and will head to the open market as an unrestricted free agent.

While this isn't exactly unexpected, there was some thought that the Coyotes might trade Hall in order to recoup some assets and give his exclusive negotiating right to another NHL team. Evidently that won't happen now though. Suffice it to say that Hall will be a very coveted player in free agency.

The 28 year old Hall is just two years removed from an incredible Hart Trophy season in which he scored 39 goals and 93 points in just 76 games with the New Jersey Devils. While he never really fit in perfectly with the Coyotes, there's reason to believe that he can still provide elite level offence with a fresh start elsewhere. Hall has been hampered by injuries since his MVP campaign in 2017-18, but he did put up 16 goals and 52 points in 65 games split between the Devils and the Coyotes this past season. And at just 28 years old it's not like his body is going to forsake him just yet. All of this is to say that Hall is a legitimate star free agent in the mold of a Artemi Panarin or John Tavares. Let the bidding frenzy begin.

The Edmonton Oilers and Calgary Flames have been linked to Hall for a long time now... but if I'm being honest, I"m not sure I see either team nabbing him in free agency. The opportunity to play alongside stars like Connor McDavid, Leon Draisaitl or Johnny Gaudreau may be enticing to Hall, but he's been pretty clear all along that his priority is to win a Stanley Cup. Sure, the Oilers and Flames have some good pieces, but does anyone really consider either team to be a Stanley Cup contender heading into next season?

If I'm Taylor Hall I've probably got my sights set on a contending team with some cap space to burn. Maybe the Colorado Avalanche, Philadelphia Flyers or Dallas Stars? Those are three teams who could fit Hall into their cap structure with relative ease and those are three legit Stanley Cup contenders. Thoughts?