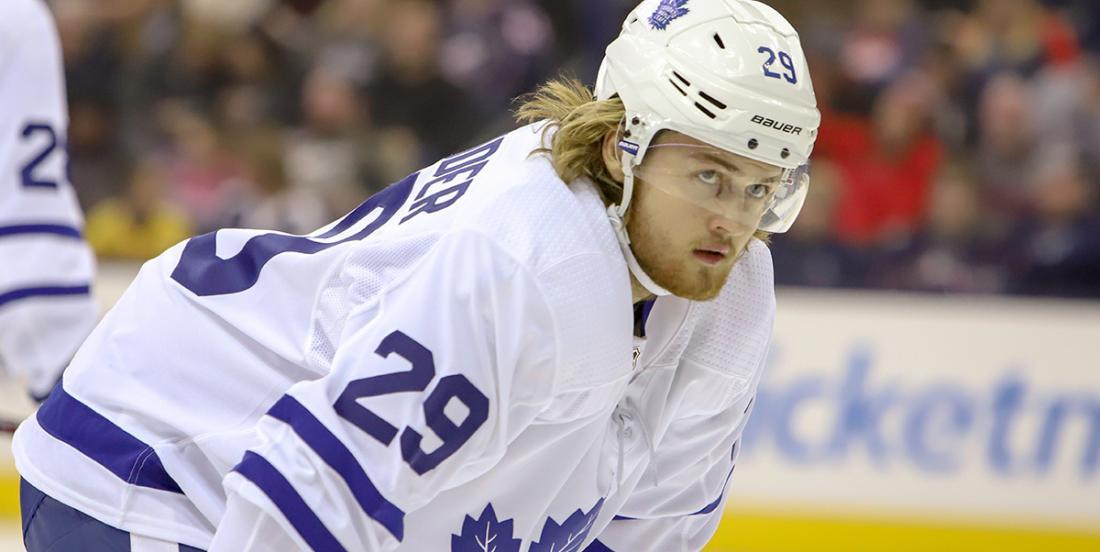 The young Swede has not performed up to expectations since signing his new deal just minutes before the NHL’s December 1st deadline and, understandably so, he’s receiving media and fan backlash. His teammates, including superstar Auston Matthews and head coach Mike Babcock have stepped forward with some advice in the hopes of helping the struggling forward through his rough patch.

“Somebody just behind their computer, other times it’s analysts or media people,” Matthews said to Lance Hornby of the Toronto Sun. “They’re doing their job, but at the same time, you have to do yours. It’s something you can’t focus on too much, it’s just keeping yourself level-headed. He’s a big part of this team.”

“The reason we’re so fortunate here is because we have all you people cover us and so we have the fan base we have,” Babcock said. “That’s the greatest thing about being here and makes it the greatest hockey market in the world. In saying that, when you say you want to play here, you take the good with the bad. Sometimes the bad is they’re pointing out what you’re doing.”

“That’s what the country music channel is for (as a diversion),” continued Babcock. “And the hunting channel. They never talk about hockey once, honest to God, it’s unbelievable. Beautiful animals, hiking, mountains, fishing, a thing of beauty.”

As for Nylander himself, he’s heard the criticism but he’s not paying attention to any of it. “I haven’t been really paying attention to anything. I just know what I’m capable of and I know that’s going to come. You’re going to have tough times and especially now it’s a little tougher than others. Once the puck starts going in I’ll keep going.

That’s all fine and well, Willy… but you have to start putting the puck in the net. You’re not making $6.9 million to “feel good with the puck.”