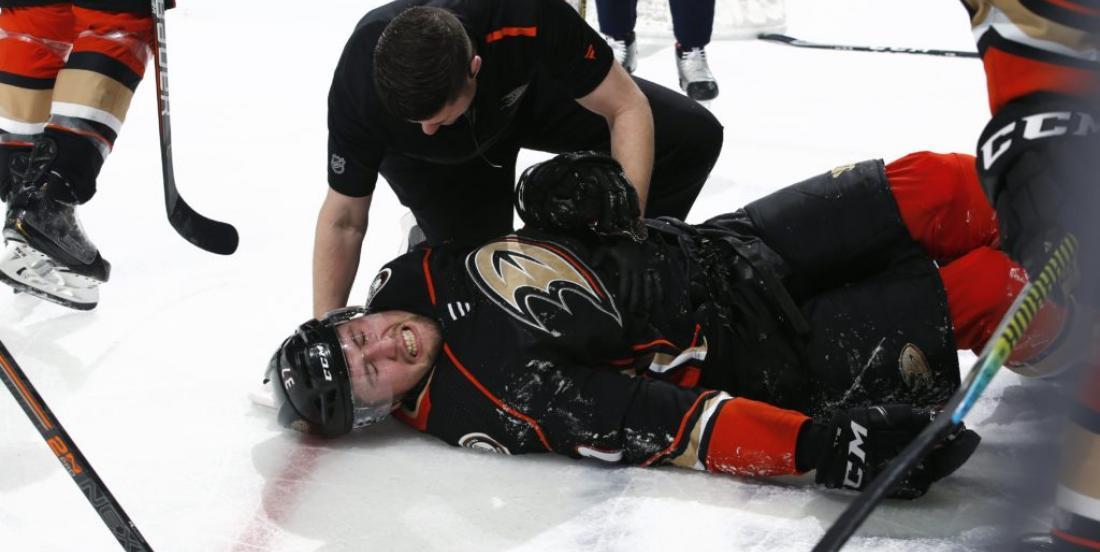 Huge loss for the Ducks.

The Anaheim Ducks were already pretty heated about this one and now things have just gotten that much worse.

According to a report from Anaheim Ducks insider Eric Stephens of The Athletic, it has now been confirmed that veteran forward Nick Ritchie has suffered a major injury as a result of the hit he received from Washington Capitals defenseman Radko Gudas early this week. Stephens reports that Ritchie has since been diagnosed with an MCL sprain as a result of that hit and will now miss anywhere between 6 to 10 weeks of action as a result of his injury. That is a huge blow to any team in the middle of the season and it is especially frustration when it happens to a 24 year old on a play that really should have never happened.

Ritchie was injured on what can only be described as a very late hit on the part of Gudas, one that was obviously unnecessary and one that will now cost Ritchie significant time. Unlike some of Gudas previous infractions in the National Hockey League however this one did not seem like outright dirty play but rather just an unfortunate circumstance. Ritchie had just made a quick drop pass and Gudas was obviously looking at his body as he lined him up for a hip check, I would be ready to believe that Gudas never even saw the puck leave Ritchie's stick in the half second he needed to finish his hit on the Ducks forward.

That being said the Ducks were not the least bit happy about the hit in real time and you would be hard pressed to argue that Gudas himself has not already paid a very heavy price for his actions that night. Shortly after the hit itself Anaheim Ducks forward Nicolas Deslauriers challenged Gudas to answer for the hit, something that the big Capitals defenseman was happy to oblige. Deslauriers however appeared to unleash the wrath of the hockey gods themselves on Gudas when he completely tooled him up with a series of heavy blows that made Gudas look like an overmatched child by comparison. One of the most one sided schelacking's in recent memory.