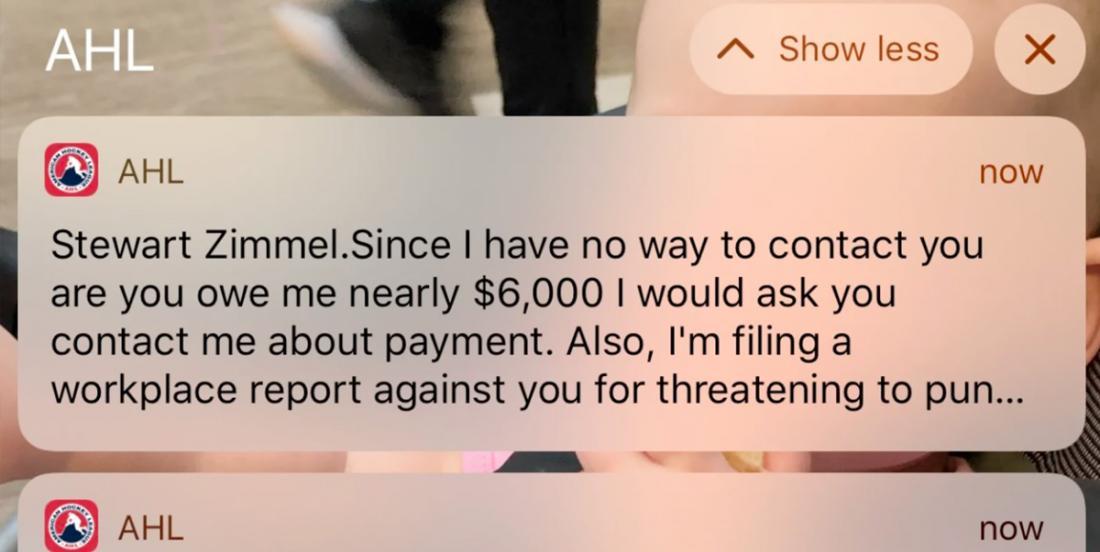 If you’re one of the thousands of people who has the AHL app installed on your phone, you were likely treated to a bit of a “workplace disagreement” yesterday afternoon.

You may have noticed some odd notifications from the app yesterday, including a demand that someone named Stewart Zimmel pay up $6,000.

So… what’s going on here? The fine folks over at Deadspin did a bit of investigation into the matter and seem to have pieced things together.

Stewart Zimmel, for those wondering, is the COO of a company called HockeyTech, according to his LinkedIn. HockeyTech bought the company Zimmel previously worked for, Buzzer Apps, in 2018. Ian Bowman, according to an older fragment of the Buzzer Apps LinkedIn page that’s archived on Google , used to work for the company too. It seems safe to assume that he worked on the AHL app—or at least knew how to hack it—and also that he feels he’s owed $6,000 from Zimmel.

In any case, the matter seems to have been resolved as the app now functions normally. No word yet on whether or not Zimmel paid up or if anyone got “punched in the throat.”