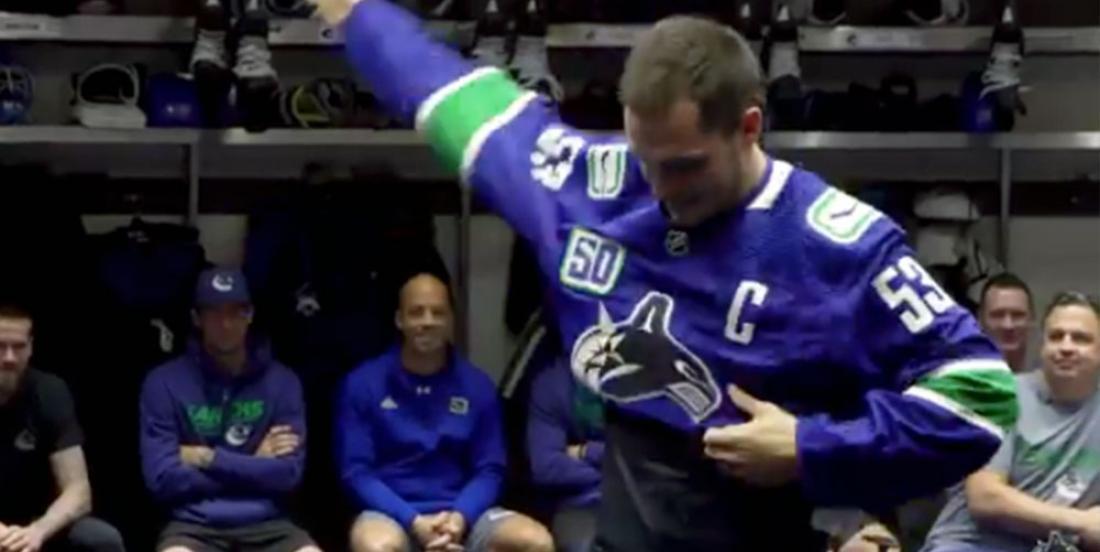 In case you missed it last night, the Vancouver Canucks named forward Bo Horvat as the team’s 14th captain ahead of their home opener against the Los Angeles Kings.

The Canucks would then go on to absolutely SHELLAC the Kings 8-2 in Horvat’s first game as team captain. Not bad… not bad at all.

The thing is… we all knew Horvat would be named captain, right? It wasn’t exactly a big secret that the team was expected to name him captain, but how the team made the announcement public was incredibly well done.

Behind the scenes, the announcement of Horvat’s captaincy to the rest of the team was even better done. Check out this video in which Henrik and Daniel Sedin surprise Horvat and the entire Canucks roster with the official announcement:

How awesome is that?

A classy move by the Canucks organization from two players who have come to exemplify class.