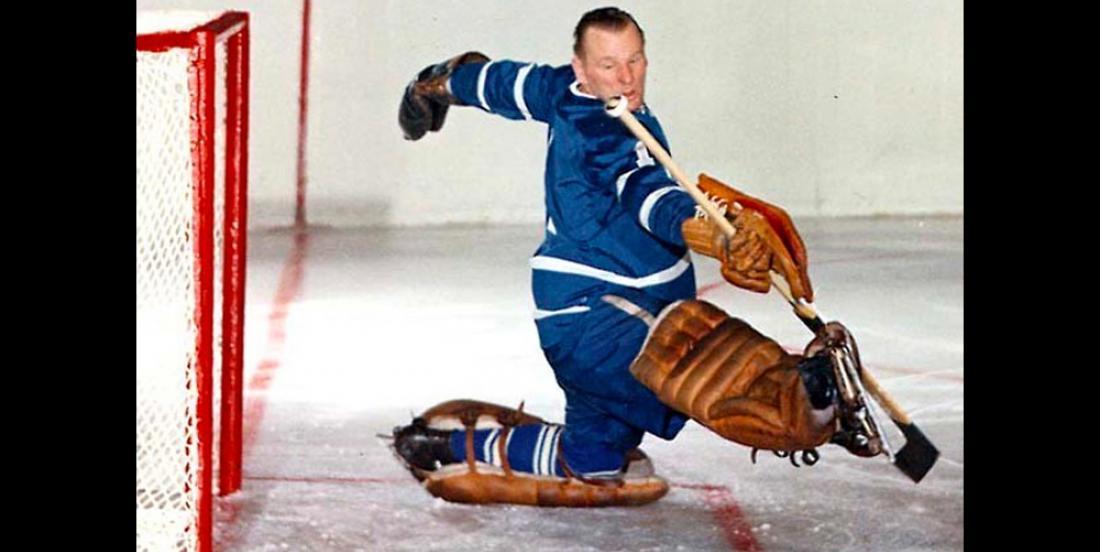 Incredible. Even now that he has passed, we still thank him for his service.

Johnny Bower is one of the most beloved figures in Toronto Maple Leafs history. And frankly, it's easy to see why. The man who was dubbed "The China Wall" led an amazing life and touched so many people during his 93 years on the planet.

What a lot of hockey fans don't know though is Bower's history with the Canadian military. Bower lied about his age and enlisted in the military at just 15 years old. Imagine that... imagine going off to fight in World War II at just 15 years old. I could barely tie my shoelaces at 15... forget fighting for my country.

When he was 15, he lied about his age and enlisted in the Canadian Army during World War II; from 1940 to 1943 he was stationed in England as a gunner with the 2nd Canadian Division.[7] He was discharged due to rheumatoid arthritis in his hands.

In 1940 at the age of 15, Johnny Bower lied about his age and enlisted in the Canadian Army. From 1940 to 1943 Bower was stationed in england as a gunner with the 2nd Canadian Division. In 1943 he was discharged from the Army due to rheumatoid arthritis in his hands. During the 1953-54 season Bower would begin his Nation Hockey League (NHL) career at the age of 29 with the New York Rangers. Bower was later claimed by the Maple Leafs in the 1958 Inter-League draft. He would stay a Maple Leaf until he retired after the 1969-70 season.

After the War, Bower returned to Canada to play junior hockey in his hometown of Prince Alberta, Saskatchewan before starting a nearly 10 year career in the minor leagues with the AHL's Cleveland Barons. It's incredible to think that Bower's NHL career never really took off until he was 30 years old. I think back on him as one of the game's all-time legends and a Hockey Hall of Famer which of course he is but, frankly, how many Hall of Famers break into the NHL at age 30? Just one and it's no surprise that it's the guy who lied about his age so that he could enlist in the military before he could even legally drive an automobile. Incredible.