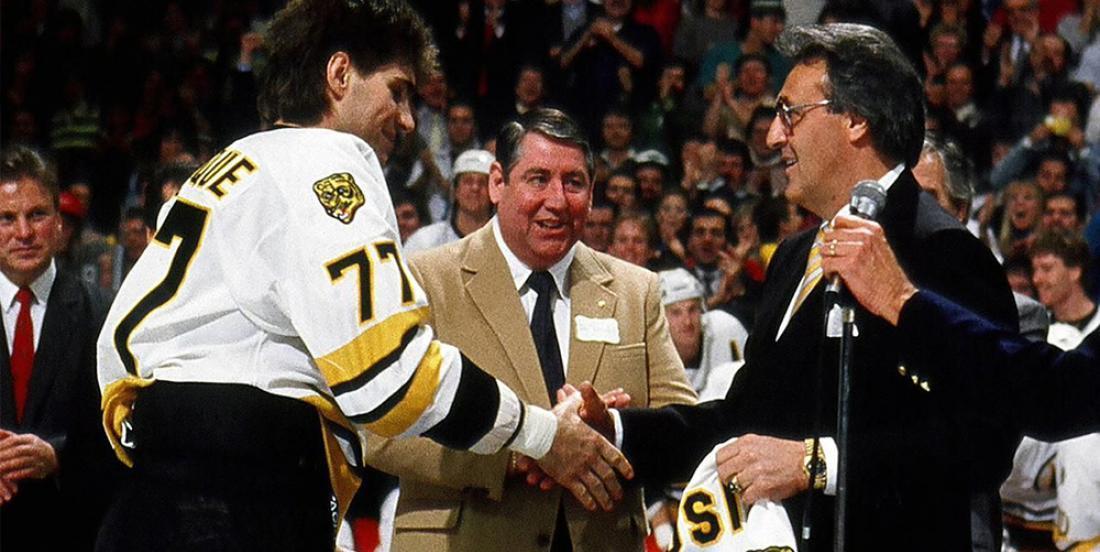 Flasback to Dec, 13th, 1987 at the iconic Boston Gardens. The Boston Bruins are set to retire the #7 for franchise icon Phil Esposito, but there's just one problem. Another franchise icon, defenseman Raymond Bourque, is already wearing #7 and... well he looks pretty damn good in it.

"I was told that the number was gonna go up with my name on it and that when Ray Bourque retires they'll put his name on it too and did I have any problems with that? I said, 'I have no problems with that, are you kidding me? Bourque's one of the greatest players of all-time,' said Espo himself who was oblivious to the plans being laid out before him.

"I didn't choose to wear #7. I wore #29 in training camp. I had a very good first training camp and then I showed up and without knowing anything #7 was in my stall. I was a quite kid that didn't say much, but I kind of knew that Phil was a legend and I was wearing a number that had been worn by Phil Esposito."

Bourque knew deep down that he had to do the right thing.

That's when Bourque and the Bruins staff came up with an idea... add a 7 to Bourque's 7 and he'll go down in history as #77. The group kept it secret and gave us one of the most touching moments in sports history.

"When he took it off, I'm looking at him like, 'What the Hell are you doing, man?', and he says, 'this should have never been anybody's but yours.' said Espo. "That is something that I'll never forget."

"Whenever we get togethers, there's always a very special connection between us," says Bourque.