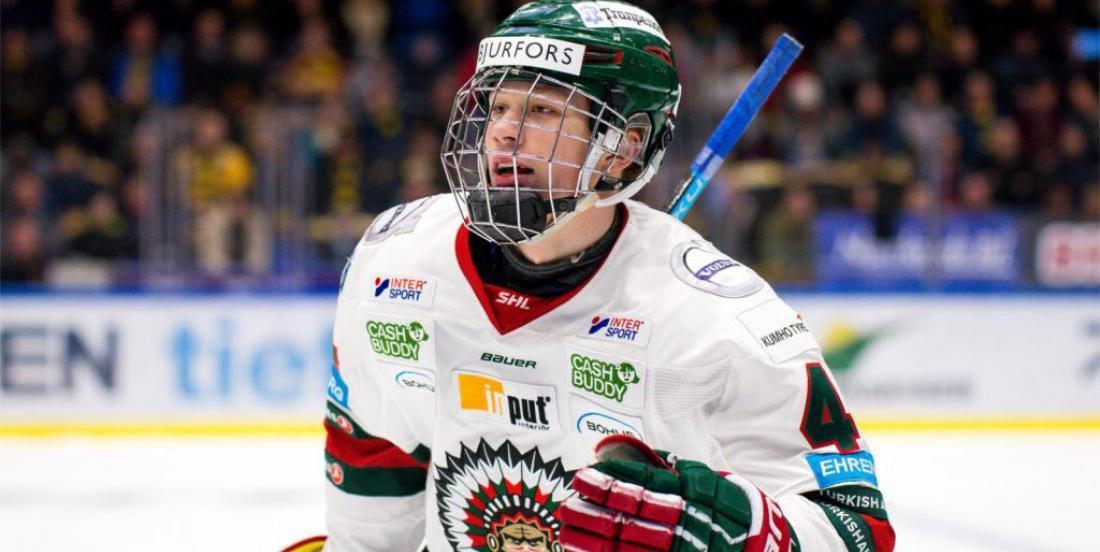 We knew going into the 2020 National Hockey League Entry Draft that a lot of great players were available starting with Alexis Lafreniere and Quinton Byfield, who were selected first and second respectively back at the beginning of October.

However, it sounds like Lucas Raymond, who was selected fourth by the Detroit Red Wings, is expected to be quite something once he joins the ranks in the NHL. The kid is not afraid to put extra pressure on himself, he who in a interview compared his style of play to Toronto Maple Leafs’ Mitch Marner thanks to his strong hockey IQ coupled with high level of creativity and advanced puck skills.

On top of that, he added that he could also be compared to Artemi Panarin.

“Mitch Marner and Artemi Panarin are two players I really enjoy watching, but you always need to try and become the best version of yourself,”  Raymond told NHL.com prior to the 2019-20 season . “I consider myself a speedy forward who likes to have the puck and tries to create opportunities whether it’s shooting or passing. I try and take the puck to the net, create offensive chances and still take care of defensive responsibilities.”

The kid is not afraid to have all eyes on him next season. We have to admit that his talent is unquestionable. He was once mentioned as a forward who could steal Lafreniere’s spot for projected first overall pick during the 2019-20 campaign. He only out up 10 points in 33 games and averaged fewer than 10 minutes of ice-time but it remains impressive considering he was a 17-year-old playing alongside grown men. He won a bronze medal at the 2020 world juniors but his standout performance was at the 2019 IIHF under-18 world championship.

Raymond will be one to watch and while he might compare himself to Marner and Panarin, he will be suiting up for the Red Wings and might have to face them on the ice in the near future.

Check out some of his highlights and let us know if you believe he compares with Marner and Panarin on the ice: