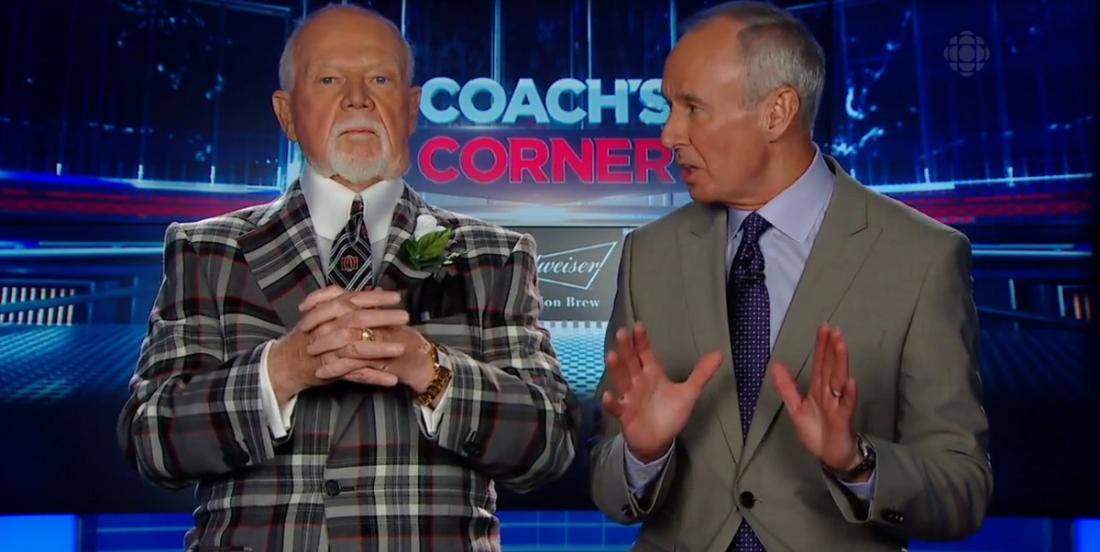 It seems that veteran National Hockey League analyst Don Cherry has rubbed a lot of the top executives that keep him employed the wrong way, and now for the second time today his comments have been publicly condemned by the people who allow him to do what he does best every week.

The National Hockey League itself has been under pressure to condemn the statements made by Cherry on Saturday night and it seems like the NHL has felt that pressure as they have now released a statement of their own. It comes much later in the day and was really a sentence more than a statement but here is what the NHL had to say on the matter.