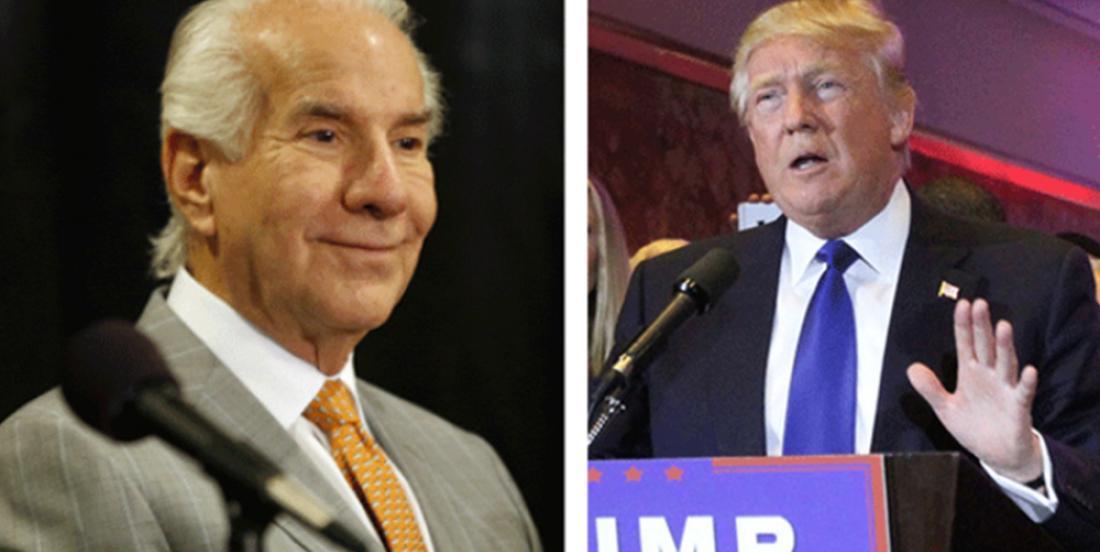 Flashback to 2016 when the Philadelphia Flyers lost longtime owner Ed Snider after a two year battle with bladder cancer. Fans, Flyers alumni and former Flyers employees came together at Wells Fargo Center to share stories about Snider’s life, particularly his life in and around the Flyers.

One story stands out: the time he booted future U.S. President Donald Trump because he wouldn’t shut up.

Drew Katz, son of Snider’s best friend Lewis Katz, who said he looked at Mr. Snider as his second father shared the story.

“There’s nothing that comes between Ed Snider and his hockey.”

Amen, Mr. Snider. Politics can take a back seat until the final buzzer sounds. When the puck is in play the only partisan politics I’m interested in is home vs away. Sit down, shut up and watch the damn game.