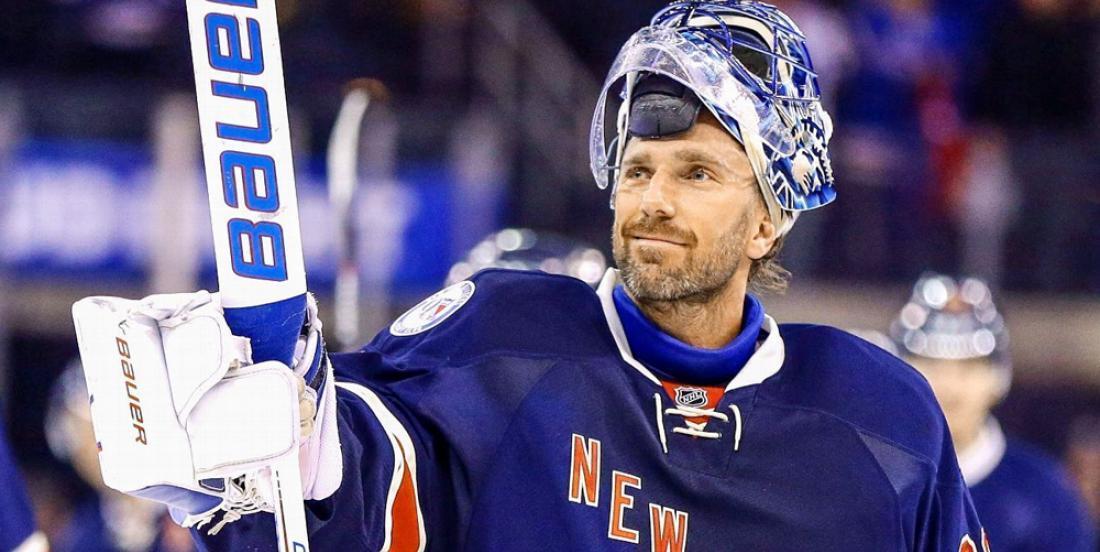 In case you missed the news earlier today, the New York Rangers made it official and bought out the final year of goaltender Henrik Lundqvist's contract making him an unrestricted free agent and cutting ties with the team's greatest goaltender in team history.

And with that a new era begins for both the Rangers and for Lundqvist himself. With Lundqvist's time in New York now officially over, the only question now is where will he end up in the future?

Let's take a look at five teams who are at the top of rumour lists to sign the 37 year old goaltender:

Assuming the Toronto Maple Leafs trade starting goaltender Frederik Andersen to get some much needed help on the blueline, Lundqvist could be a stop-gap #1 goalie for a franchise that is desperately trying to get over the hump. To be honest though, I feel like at this point of his career that Lundqvist wouldn't give the Leafs the stability they need in goal. Pair him with Andersen as a tandem and now you're talking, but I don't see the Leafs adding Lundqvist with ideas on being their #1 goaltender. #1B or #2 and it makes sense, so long as the dollars and cents add up.

This makes a Hell of a lot of sense if the Vancouver Canucks can't come to terms with starting goalie Jacob Markstrom on a new contract. The Canucks think they have their next #1 goaltender in youngster Thatcher Demko, but they're understandably nervous to roll the dice. With a legend like King Henrik backing up Demko though, the risk becomes a lot less great. Plus, never discount the "Swedish factor" when it comes to the Canucks.

Can Lundqvist give the Edmonton Oilers some much needed stability in goal? Mikko Koskinen is still under contract and Oilers GM Ken Holland has been made it no secret that he's searching for another goalie to add to the mix this offseason. How good could a platoon of Lundqvist and Koskinen be in Edmonton?

The Philadelphia Flyers have an absolute stud in youngster Carter Hart. But, like all good goaltenders, it'll take him a bit to reach his full potential. Adding a guy mentor for Hart in Lundqvist seems like an absolute no-brainer. Lundqvist has been through the highs and the lows and is well equipped to help Hart manage life as a young star goalie in the NHL.

The Colorado Avalanche were an absolute powerhouse this past season and if not for some ill-timed injuries in goal, they may have put up a stronger push for the Stanley Cup. With a tandem of Phillipp Grubauer and Lundvqist in goal, the Avs would absolutely jump to the top of the list of Stanley Cup contenders in 2020-21.

Something tells me though that King Henrik won't quit until he's forced to. He may not sign with one of the teams listed above, but don't be surprised if the veteran netminder winds up in a new locale come next week. Sit tight, hockey fans. Things are about to get interesting.