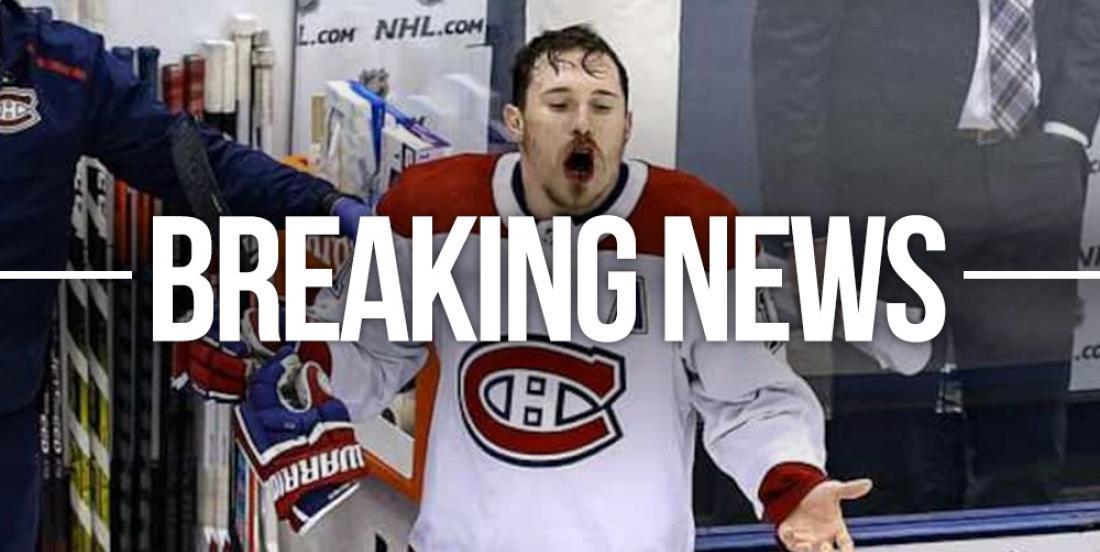 In case you missed the news earlier today, Philadelphia Flyers defenseman Matt Niskanen has been summoned by NHL Player Safety to answer for a crosscheck he laid on Montreal Canadiens forward Brendan Gallagher yesterday evening. It was an ugly hit that most feel will earn Niskanen some suspension time.

Ouch. While Gallagher is bent over and in a vulnerable position, Niskanen strikes and follows through directly on Gallagher's face, leaving him a bloody mess.

As a result, Niskanen has earned himself a hearing with NHL Player Safety.

UPDATE: Renaud Lavoie of TVA Sports has now confirmed that Gallagher does indeed have a broken jaw.

Lavoie also confirmed that Gallgher's injury will need surgery and that he is out of his team's lineup for the duration of the playoffs.

Meanwhile Flyers head coach Alain Vigneault sees things a bit differently. In his estimation Gallagher got clipped while fighting for a puck. He seemed just fine, after all he wouldn't stop yapping at the referees and the Flyers bench the rest of the evening. How hurt could he be?

In my estimation, Gallagher got up and seemed fine, he was talking to the referees, the whole time that he was on the bench he was talking to our players for the rest of the game. Gallagher’s a very competitive player, but I don’t think it’s Nisksy’s fault he might not be as tall as the other guys, but he competes as big if not bigger than anybody else. It just seemed (like) a hockey play that unfortunately cut him a little bit.

Yikes... safe to say that Vigneault isn't going to be the most popular guy when he returns to his native Quebec later in the offseason.