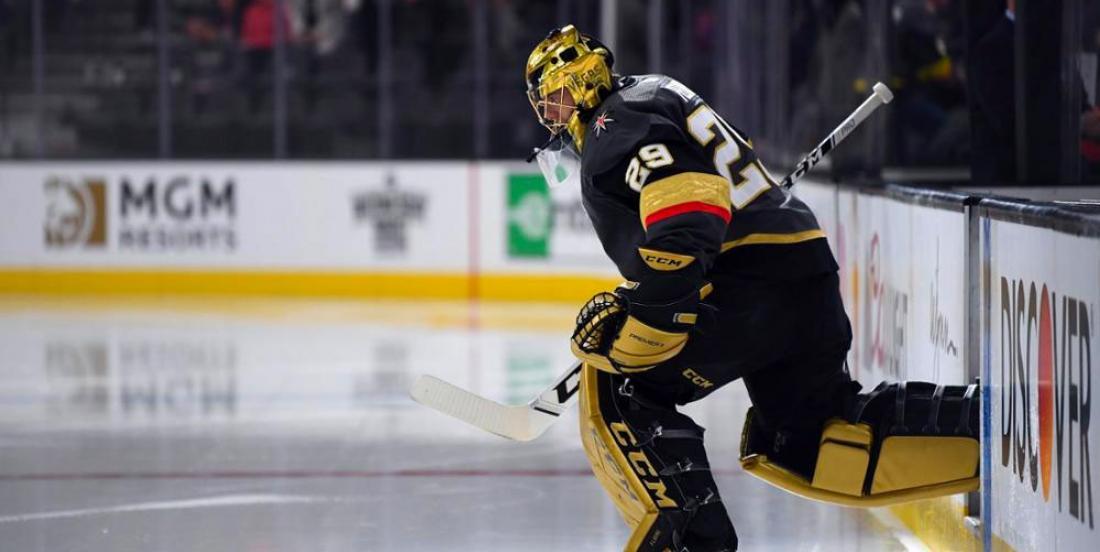 The Vegas Golden Knights sent a pretty clear message earlier this week, signing a five-year, $25 million contract to become their starting goalie, meaning they are looking to move Marc-Andre Fleury. While we’re sure they would love to keep both netnminders on their roster, the money might be too tight for that and that’s how the trade chatter got much more intense in Sin City.

While Fleury has made it clear he would prefer to stay in Vegas and end his career as a member of the Golden Knights, the team might convince him to waive his no-trade clause and bid him farewell. It has been reported that both the Minnesota Wild and Pittsburgh Penguins could be one of the next destination for the veteran goalie.

In Minnesota, general manager Bill Guerin has openly commented his needs for an upgrade in between the pipes and his past relationship with Fleury could be beneficial.

And we all know why it’d be possible for Fleury to end up back in Pittsburgh. It has been reported that some of his former Penguins teammates have gotten in touch with the goaltender to see how Flower feels about potentially putting on a black and gold jersey again. It would be quite the fairytale to see him back in Pittsburgh.

However, NHL insider Elliotte Friedman of Sportsnet believes it might take three teams to make a trade happen. He adds the New Jersey Devils in the mix.

Earlier this week, the Penguins moved Matt Murray to the Ottawa Senators and are indeed looking for a veteran backup to support Tristan Jarry. You have to admit a Fleury-Penguins reunion sounds almost too good to be true, especially with the Pens’ lack of cap space to get him back on board. It is believed that the Golden Knights could be willing to retain some of his salary to get a move done, especially seeing that Fleury remains in control with his NTC.