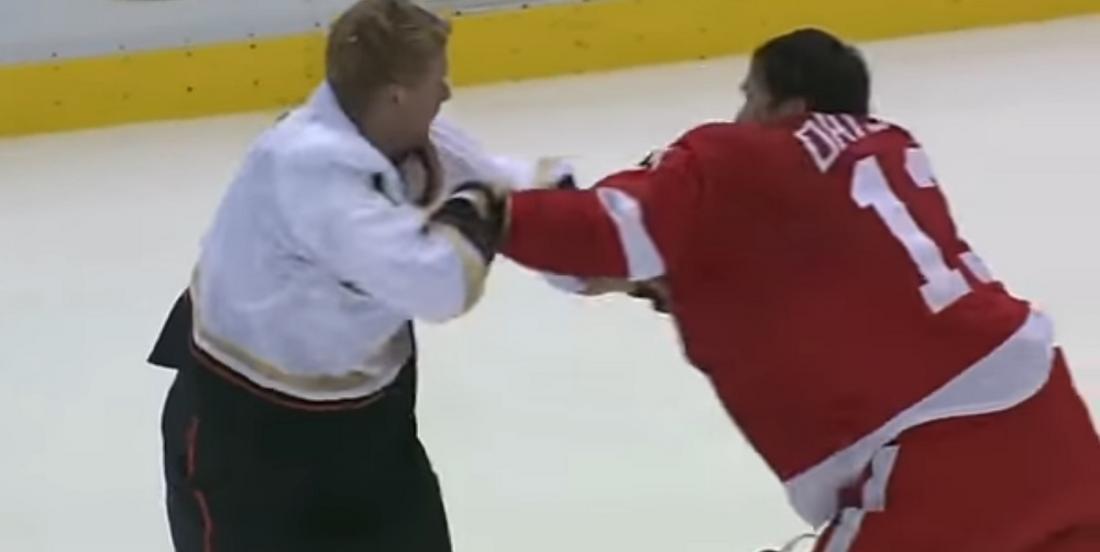 Datsyuk was not having it.

We leave you with a little throwback tonight, hopefully one that will put a smile on your face.

For this one we are going back over a decade to the 8th of October 2010 and it features two prominent stars of the National Hockey League, legendary Detroit Red Wings forward Pavel Datsyuk and former Anaheim Ducks mainstay Corey Perry. In the video the bigger, stronger, Ducks are trying to get a physical edge on the Detroit Red Wings with Perry going after a guy in Datsyuk that was known for using his hands in a much different way than for throwing punches.

Datsyuk likely appeared to be an easy target for Perry and no doubt the Ducks big man was stunned when his challenge to throw down was eagerly accepted by the Magic Man, this time with Datsyuk using his hands to devastating effect. Perry genuinely seemed stunned at the predicament he found himself in and as a result Datsyuk landed several big shots to the head of his opponent, with many of those clearly stingy Perry in the process. It really does leave Perry looking like a young lad who shook his stick at the wrong hornets nest, and got stung a whole bunch as a result.

Given the reputation that Perry has established over the years in the National Hockey League I have no doubt that many will take pleasure in watching him get his comeuppance courtesy of Datsyuk.