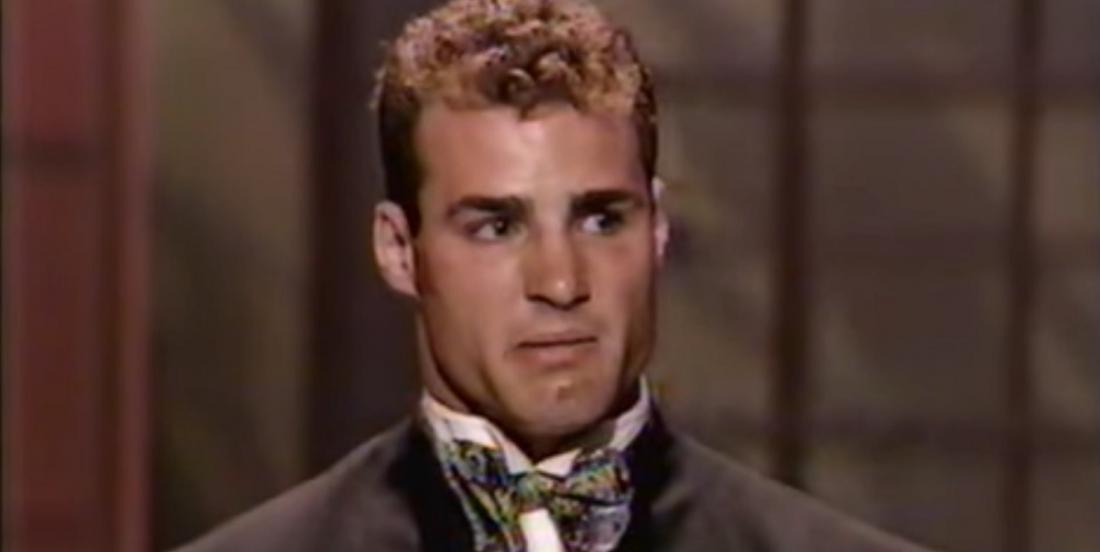 The National Hockey League has evolved quite a bit over the years and one need look no further than their awards ceremony in 1995 to see just how different the league was 25 years ago. For this throwback we are taking you back to that award ceremony, one that has become iconic for the speech that was delivered by then Philadelphia Flyers captain Eric Lindros, or rather to a specific moment during the evening.

The clip shows the unveiling of the Hart Memorial Trophy winner, a contest that came down to 3 players that all of you will no doubt know very well. The men competing for the award were legendary NHL goaltender Dominik Hasek, then of the Buffalo Sabres, legendary NHL forward Jaromir Jagr, then of the Pittsburgh Penguins, and of course the aforementioned Eric Lindros. It is quite a feather in the cap of Lindros that he beat both of those legends out for the award that year, but after watching this speak you will realize that in the moment it was a bitter sweet victory for the longtime member of the Flyers' franchise.

You see Lindros had faced incredible scrutiny in the years leading up to his victory on this night, and would continue to face it for several years after. This was amplified several times given the fact that they had come so close to winning a Stanley Cup Championship on numerous occasions but had always come up short, something that was obviously on Lindros' mind during his acceptance speech. Lindros would go up to the stage to accept the award but no one could have predicted what would happen next.

It was like the straw that broke the camel's back. The emotion just came pouring out of the NHL's MVP as he accepted the individual award, all the while clearly lamenting the lack of team success he had achieved. Lindros is so wrapped up in the thought of a Stanley Cup during his speech that he even makes a vow to win the thing during the speech itself, something that we know he would of course never achieve during his incredible NHL career. It was a powerful moment and one that I hope fans never forget.