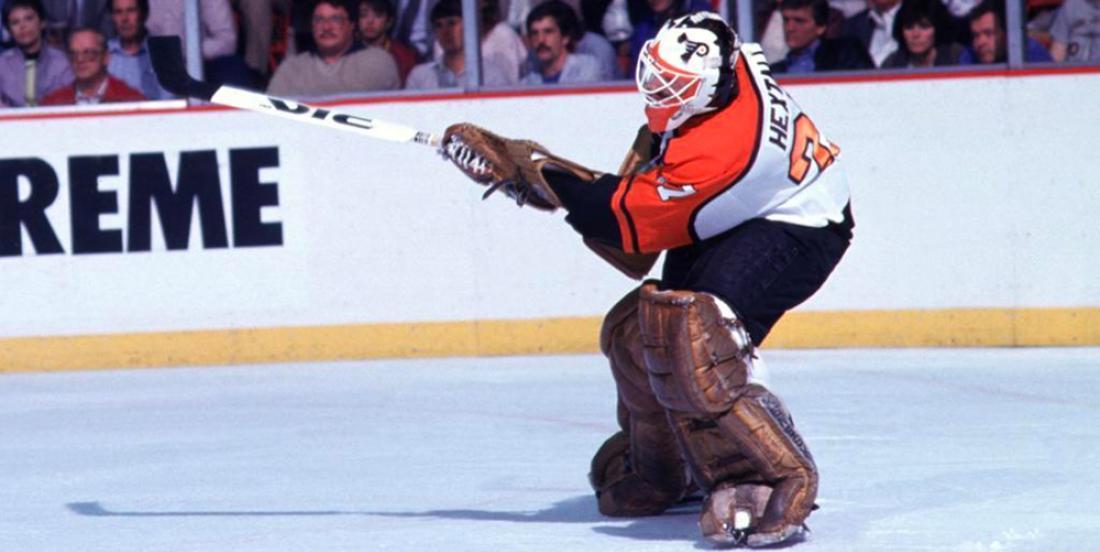 Certainly by now we’re all well-schooled in the legend that is Ron Hextall. The Philadelphia Flyers icon is one of the most beloved characters in Philadelphia sports history and with good reason. There’s never been another goaltender who could quite match Hextall’s combination of talent and toughness.

Hextall took no prisoners when he was in goal and regularly asserted his physical dominance over his opponents.

You may recall that Hextall endeared himself to fans in another unique was, as well. The talented puckhandling earned the honor of becoming the first goaltender in NHL history to shoot and score a goal into the opposing net.

Just two years later Hextall would do it AGAIN!