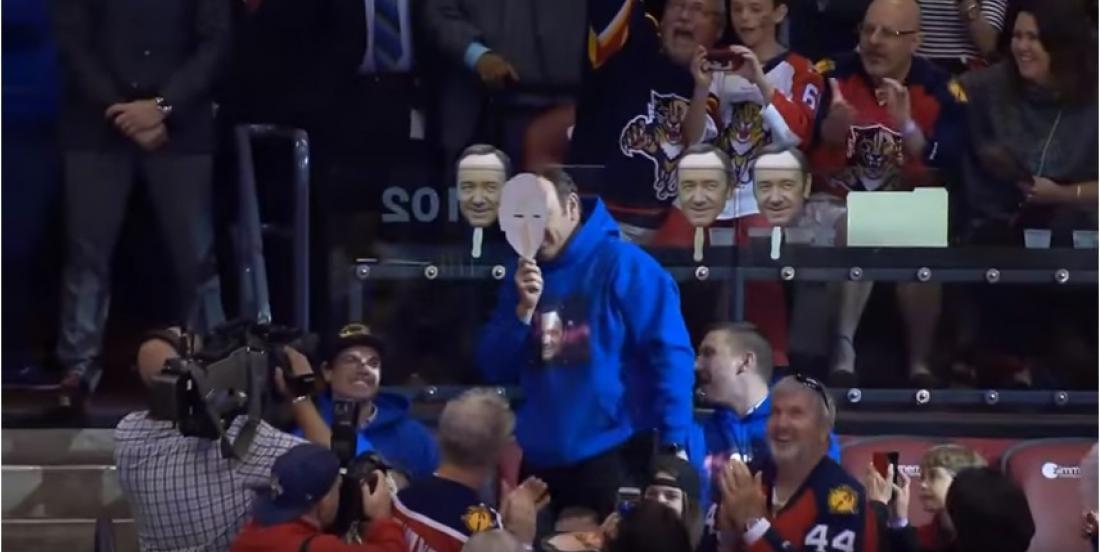 Throwback: Kevin Spacey in the flesh at Panthers game

Who can forget it.

On a night in 2016 where the Florida Panthers handed out cardboard cutouts of actor Kevin Spacey's face, the House of Cards  star surprised fans by taking off his "Spacey Facey" mask as the camera panned around the stands.

Spacey was wearing a sweatshirt showing an image of his face. It all started as a joke, with the Panthers issuing a blue sweatshirt with "Spacey In Space"  to the star of each winning game.

Although the Panthers lost the game, Spacey visited the players afterwards and used social media to help share his experience.

His appearance on the scoreboard drew a huge roar from the crowd, as 'Spacey in Space' night set a regular season franchise attendance record for the Panthers.

Will we see Spacey at another Panthers game in the future?