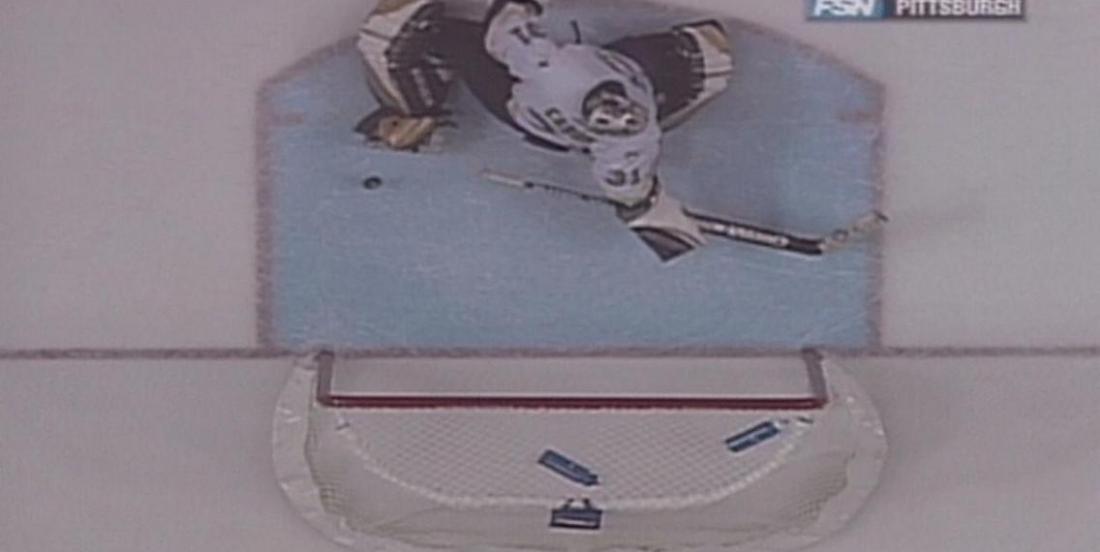 For this throwback we are taking you back to October of 2005 and in this one we are going to be featuring a relatively unknown player, goaltender Sebastien Caron. Now I mean no disrespect to Caoron here as anyone who has spent any time in the National Hockey League at all is a tremendous athlete deserving of respect but with just 95 total games spread out over several seasons, the last of which was nearly a decade ago, he never became a household name.

Now fans in Pittsburgh will no doubt remember him well thanks in large part to this amazing moment he produced, one that was so incredible it even shattered the normally cool demeanor of Penguins superstar Sidney Crosby. I am of course taking about the incredible save that Caron made one night against bitter Penguins' rivals the Philadelphia Flyers, a save that left everyone in the building in a state of total disbelief.

The Flyers had just missed on a great scoring chance, ringing the puck off the post, but the rebound found its way right onto the stick of Flyers forward Brian Savage who looked like he had a surefire goal in front of him. Instead however Savage was robbed by Caron who made a near impossible behind the back glove save, one that was so close to being in that the goal light was actually lit up.

It was everyone in the building who was fooled however, even Caron would go on to admit that he wasn't sure initially if he had managed to reel in the puck before it reached the goal line, with even the broadcast crew initially calling it a goal on the play. Caron however quickly revealed that he had the puck in his glove and that was when the best moment of this whole situation took place.

The reaction on the face of a young Sidney Crosby to Caron revealing the fact that he managed to nab the puck out of the air with his glove is simply priceless. So much so in fact that I would bet good money that Caron will one day show that very reaction to his children to let them know that he created an NHL moment so amazing that even Sidney Crosby was left dumbfounded.