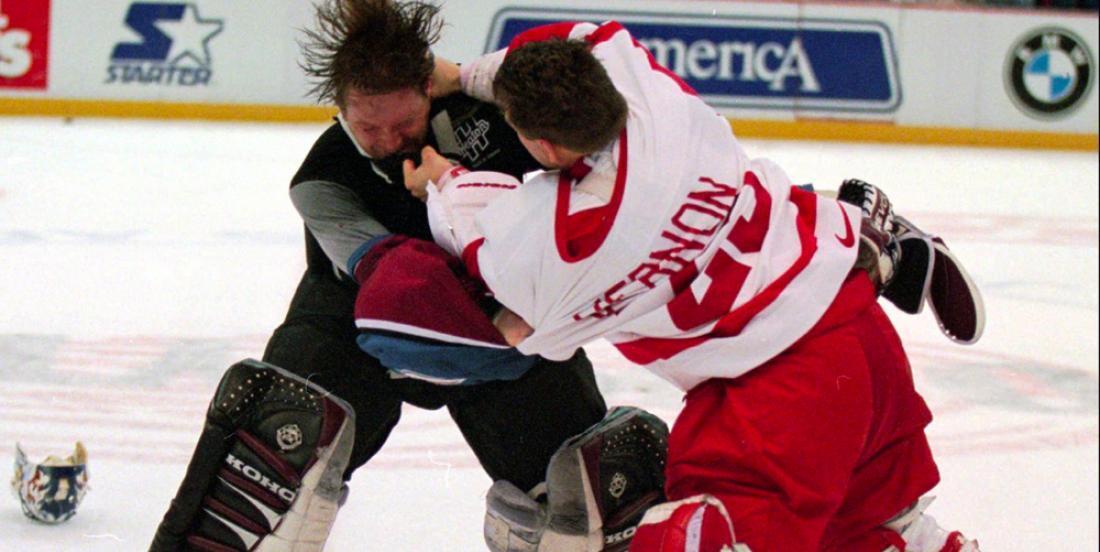 Gather around young hockey fans and let me tell you the story of the greatest rivalry in the NHL from the mid to late 1990s. I’m talking, of course, about the battle between the Western Conference powerhouses Detroit Red Wings and Colorado Avalanche.

If you want a little history primer before digging into the brawl to end all brawls, here’s a bit of background courtesy of Wikipedia:

The (Lemieux’s) hit sent Draper out of the game and into the hospital with a broken jaw, shattered cheek and orbital bone which required reconstructive surgery involving his jaw being wired shut and numerous stitches.

Here’s the hit and the aftermath:

The Avalanche would go on to win the series against the Wings and ultimately lift the Stanley Cup that season. The next season the two teams would meet three in the regular season without much incident… but the fourth time they met… that’s when hockey fans were treated to one of the best brawls in hockey history.

There were two fights recorded earlier in the first period, but with just over a minute remaining in the opening frame all Hell broke loose.

During an after whistle scrum Red Wings pugilist Darren McCarty finally got his shot at payback on Lemieux and he took it. He cold cocked Lemieux, sending him hurtling (turtling?) to the ice in a heap. Lemieux covered up for dear life while McCarty rained punched down on him. That’s when everything came unglued.

Patrick Roy came screaming out of his net to defend Lemieux but was caught by Red Wings forward Brendan Shanahan. Adam Foote managed to grab ahold of Shanny, clearing the way for an epic goalie fight between Roy and Mike Vernon. The rest, as they say, is history...

In the end the Wings would walk away with a 6-5 OT victory courtesy of an overtime winner from McCarty himself. A whopping 18 fighting majors were issued during the Brawl in HockeyTown. 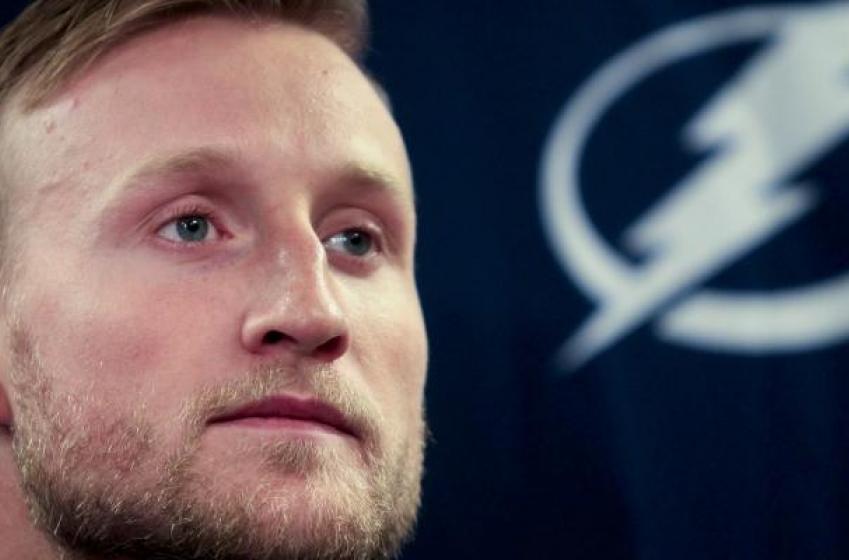 One curious bit of information in Stamkos' response.