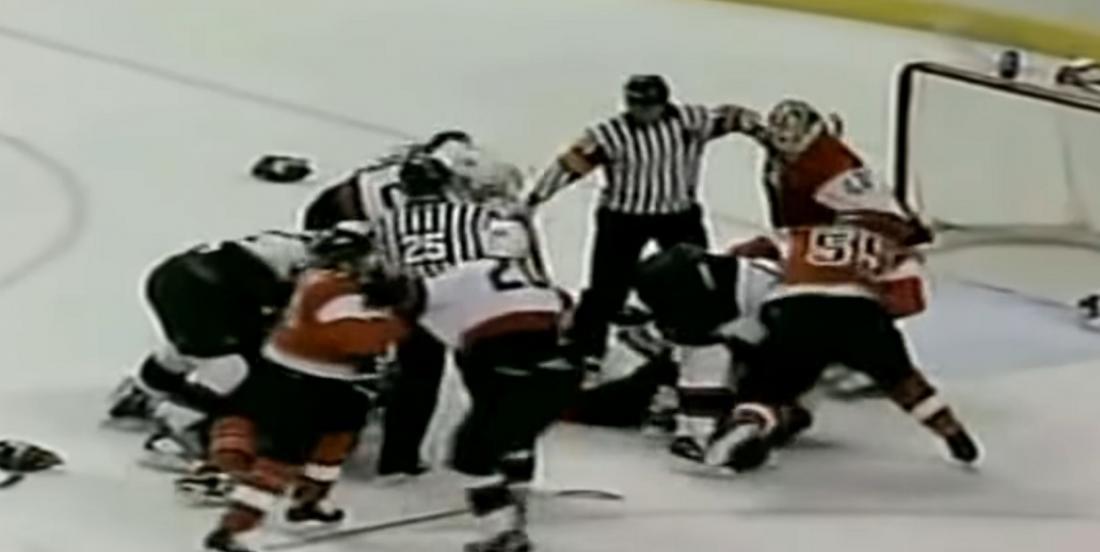 We know it's the middle of the summer and you are jonesing for your hockey fix and although it is still several days until we get meaningful National Hockey League games again we've got something to hold you over for the time being.

For this particular throw back we are going all the way back to March of 2004 for an infamous brawl between the Philadelphia Flyers and the Ottawa Senators. The brawl occurred on home ice for the Flyers at the Wachovia Center in Philadelphia, Pennsylvania, and it featured a staggering total of 419 penalty minutes among both teams. It has become one of the most legendary brawls in the history of the NHL and for good reason, there was no less than 12 fights between the players who flooded the ice in this game, and in spite of the fact that it was 15 years ago it features a few players still active in the game today.

It is going to be hard to keep track of all the back and forth action in the video, so for the sake of clarity here are the matchups that took place during the insanity that you're going to see.

Of course this is not for the faint of heart, these are grown men who genuinely appear to hate each other, so be warned before you tune in to this one.