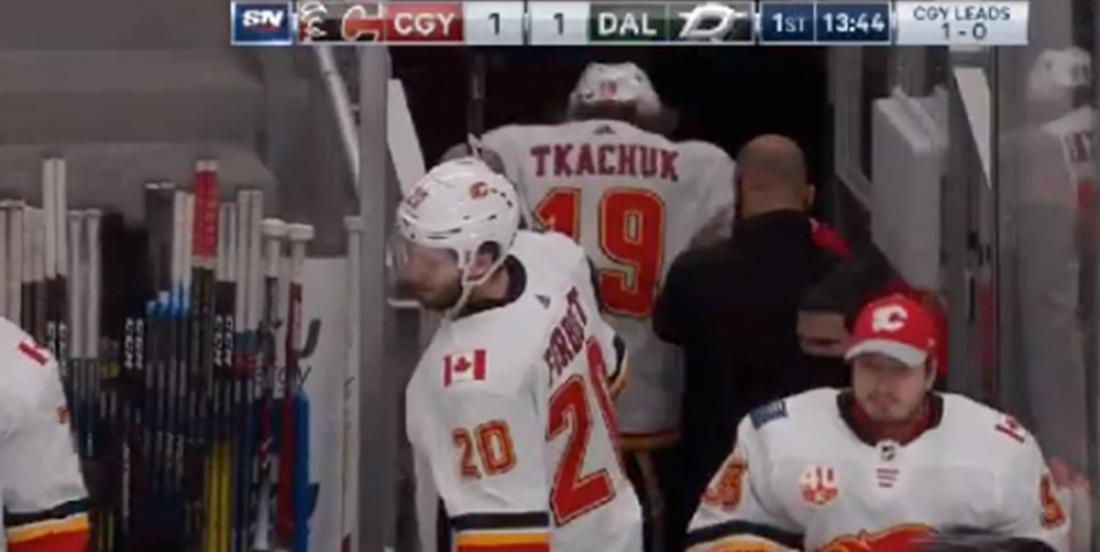 Uh oh... this is a big time problem for the Flames.

Calgary Flames forward Matthew Tkachuk has been forced out of action early in Game 2 of his team's opening round Stanley Cup Playoff series against the Dallas Stars after taking a heavy shoulder to shoulder hit from Stars captain Jamie Benn.

Here's the play in question, be sure to watch the wing and watch Tkachuk wince as his shoulder collides with Benn's.

You know what... on second look, it appears that Benn's stick blade gets Tkachuk... downstairs. Watch it again.

In any case, Tkachuk has left down the tunnel and has yet to return:

UPDATE: Tkachuk returned briefly, but has since left the game once again. No official update from the Flames on his status.

UPDATE 2: Tkachuk returned yet again and...

Oof... Tkachuk has rightly called it a night and will not return to the game.