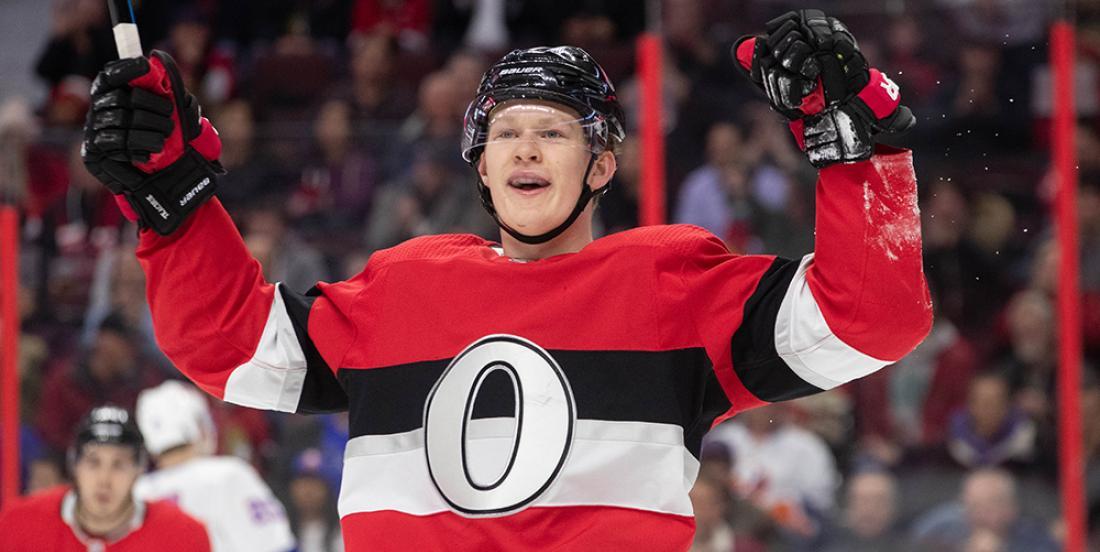 Dr. Brady Tkachuk with the medical update we’ve all been waiting for.

Ottawa Senators star Brady Tkachuk was joined by fellow Atlantic Division players John Tavares, Zdeno Chara and Dylan Larkin on a conference call with the media yesterday when he was asked a question about his teammates who have tested positive for COVID-19.

The Senators, in case you didn’t know, were the first NHL team to report a case (two, in fact) of the virus but have yet to identify the infected players. The Colorado Avalanche also made an announcement last week that two of their players have tested positive for the virus, as well.

In any case, you’ll be happy to know that Tkachuk reports his sick teammates are “doing well.”

“Those guys are doing well,” said Tkachuk. “We’re a tight group so we’re always in contact with one another but I think all of us are just concerned about them and everybody impacted by it.”

In all seriousness, this is fantastic news. The NHL is full of healthy, strapping young men, but we’ve seen even healthy people suffer greatly due to COVID-19. Again, it’s good to hear that there doesn’t seem to be too much concern for the sick NHLers.

Meanwhile, Tkachuk has been spending his quarantine time at home in St. Louis with his brother Matthew Tkachuk of the Calgary Flames, his sister Taryn Tkachuk (an State Champion field hockey player) and their parents.

“It’s a pretty crazy thing going on in this whole world and just being able to spend time with family and hang out … you don’t get this kind of opportunity to hang out with your family and be together for this time.,” said Tkachuk. “It’s been good but I think we’re all just concerned for everybody who has been impacted.”

“Matthew has been here so I’ve been keeping busy with him and my younger sister,” Tkachuk said. “We’ve got the peloton downstairs that we’ve been going on and we’ve just been trying to keep active with basketball and stuff like that. It gets fiery. It’s been good.”

Like all of us though, Brady just wants to get through the worst of this and get back on the ice.

“For myself, and for everybody on the team, we miss being in Ottawa and just miss being a part of the community,” Tkachuk said. “All the fans miss the game. (The message) is just for everybody to stay safe and follow all those guidelines for social distancing, stay six feet away and wash your hands a lot. I think everybody knows that.”

“You just want (people) to be safe and for those first responders and doctors and nurses who are battling this virus, they’ve sacrificed so much. We all think of them and everybody affected. We all pray for them.”