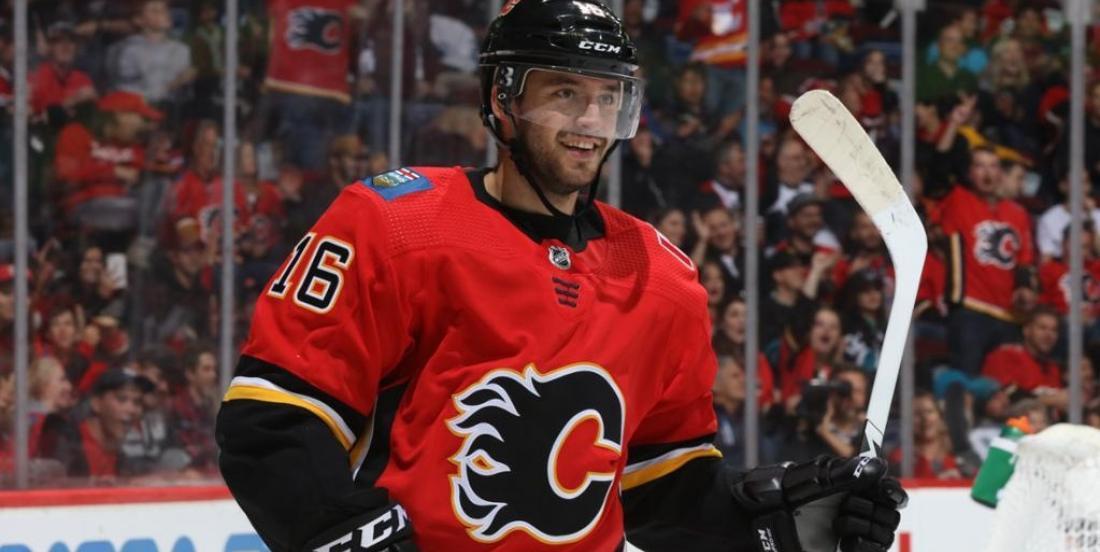 I never thought the day would come when I would be discussing the possibility of Tobias Rieder claiming ownership of one of The Great One's records, but there is now a very real possibility that it could actually happen in the 2020 Stanley Cup Playoffs.

On Sunday Rieder and his Calgary Flames faced off against the Dallas Stars in Game 4 of their first round matchup and once again Rieder came up huge for the Flames, this time scoring what would prove to be a critical goal in the third, one that would eventually result in the Flames forcing overtime. The game was all tied up at 3 goals a piece coming into the third period but the Flames got themselves into some trouble with a penalty. As he has several times already during these playoffs however Rieder came up huge despite being on the penalty kill, finding the back of the Flames net and scoring his third short-handed goal of these playoffs.

It is that number that has now seen Rieder join some elite company as it is good enough for a 7-way tie for the all time National Hockey League record for most short handed goals in a single playoff run.  The others to accomplish the feat so far have been Derek Sanderson with the 1969 Boston Bruins, Bill Barber with the 1980 Philadelphia Flyers, Lorne Henning with the 1980 New York Islanders, Wayne Gretzky with the 1983 Edmonton Oilers, Wayne Presley with the 1989 Chicago Blackhawks and most recently Todd Marchant with the 1997 Edmonton Oilers. That is some pretty good company for Rieder to be joining and given how much time he potentially has left in these playoffs it could prove to be a group of players he goes on to surpass.

The record represents one of the 61 NHL records that are currently still held, or shared, by the aforementioned Wayne Gretzky and one of the 15 NHL playoff records that he still currently holds or shares a piece of. I don't know if Rieder himself ever one day imagined that he would be on the precipice of breaking one of The Great One's playoff records, but it will make for a great storyline while the Flames remain alive in the playoffs.