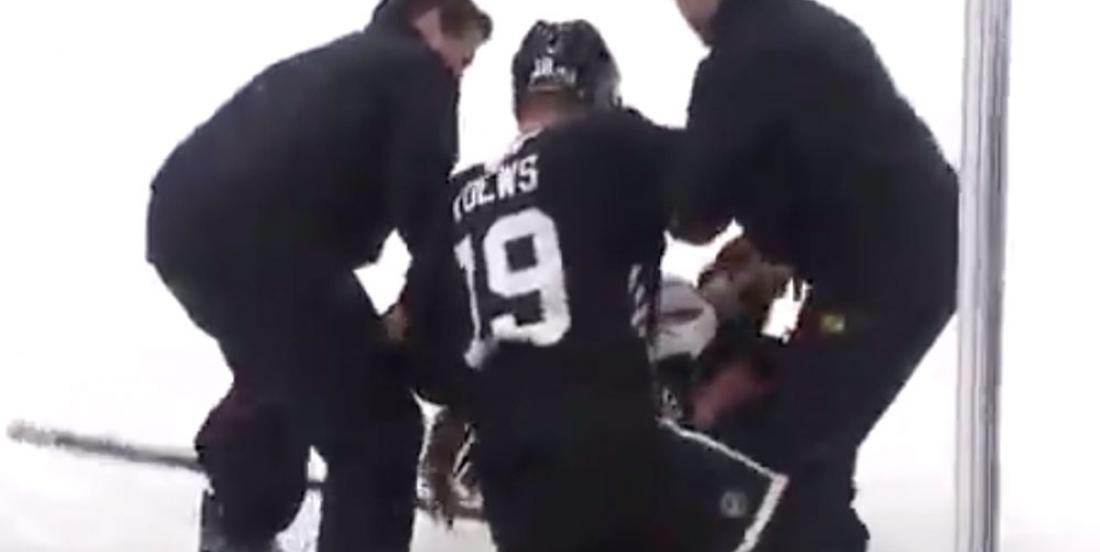 The Chicago Blackhawks practice got interesting on Tuesday when captain Jonathan Toews and defenseman Duncan Keith dropped the gloves and got into a wrestling match on the ice.

Toews had his teammate pinned down on the ice, and had most of his jersey off. Sheldon Brookbank broke them up, which made pundits present wonder what the heck was going on.

After practice, Toews met with media members to reveal why the scrap took place and gave an interesting explanation.

“We’re ready to go, it’s a big game tonight. The whole point of the morning skate is to get yourself ready to go. I think we’re ready now. Just a little friendly wrestling.”

The Hawks are facing the Panthers in Florida tonight. The Hawks are now on a five-game winning streak and it sure feels like they are back on track.

The time is now and this friendly wrestling match probably got them more fired up for the contest in Florida. We shall see tonight…