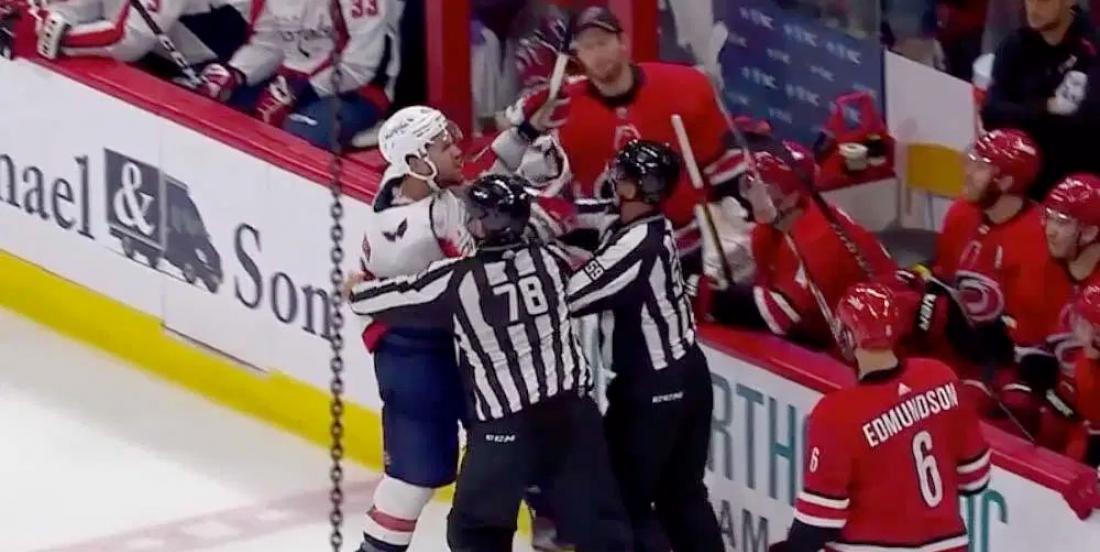 Not cool, Rod. Funny… but not cool.

In case you missed it last night, Washington Capitals pugilist Tom Wilson was assessed a 10 minute misconduct in his team’s game against the Carolina Hurricanes when he attempted to get onto the Hurricanes’ bench and at head coach Rod Brind’Amour. Excuse me?

What the Hell is going on here?

In Wilson’s own words, he was pretty calm until he heard some chirping from the Hurricanes bench from the team’s coaching staff.

Rod the Bod throwing chirps out from the bench!?!? That’s breaking an age old unwritten rule and Brind’Amour should know better BUT… that’s freaking hilarious. Imagine skating by a bench and hearing an absolute legend shout at you from the bench?

One thing’s for sure… we’ve got the makings of a fantastic rivalry in the Metropolitan Division this season.