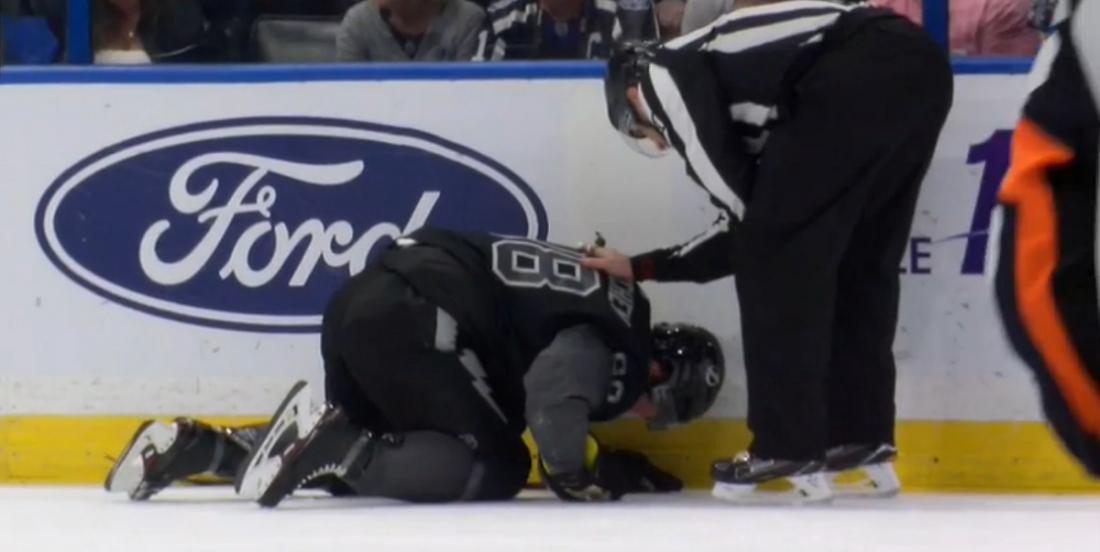 Well this is certainly going to cause quite a bit of debate.

On Saturday night the Tampa Bay Lightning and the Washington Capitals faced off in a match up that saw the clear cut favorites to win Lord Stanley's version of the Holy Grail face off against the defending Stanley Cup Champions. Given the talent on both sides of the ice for this one, as well as the potential playoff implications of this match up, it absolutely everyone was expecting fireworks in this game.

If you were among those expecting them you certainly were not disappointed as not only did we get an action packed game between the two sides but the game also featured it's fair share of controversy. Now when you hear the Washington Capitals linked to the word controversy your thoughts will probably drift immediately to Capitals enforcer Tom Wilson and he was once again at the center of this one, although I don't believe that this is as clear cut as some of his previous infractions in the past.

The incident in question occurred roughly midway through the game's opening period when Wilson absolutely demolished Tampa Bay Lightning defenseman Mikhail Sergachev with a thunders body check along the boards. The Tampa Bay fans in attendance who were along the glass were outraged when they saw Sergachev go down, but it's clear to me that the Lightning player should, at the very least, shoulder some of the blame for how badly he was hurt on this play.

Sergachev was pinching down in an effort to keep the puck in the offensive zone and he managed to do exactly that before the big hit came from Wilson, if barely. Sergachev barely even touched the puck, but he did, likely due to the fact that he saw Wilson coming right at him and did not want to commit to a play that would have seen him crushed along the boards. Instead as soon as he contacted the puck he gave it a little shove back into the zone and appeared to immediately turn his body away from the hit, putting himself in an extremely dangerous position.

The hit from Wilson appeared to catch Sergachev in the arm/shoulder area but due to the positioning of Sergachev's body he went head/face first into the glass and was obviously shaken up on the play. Hopefully he's going to be ok.