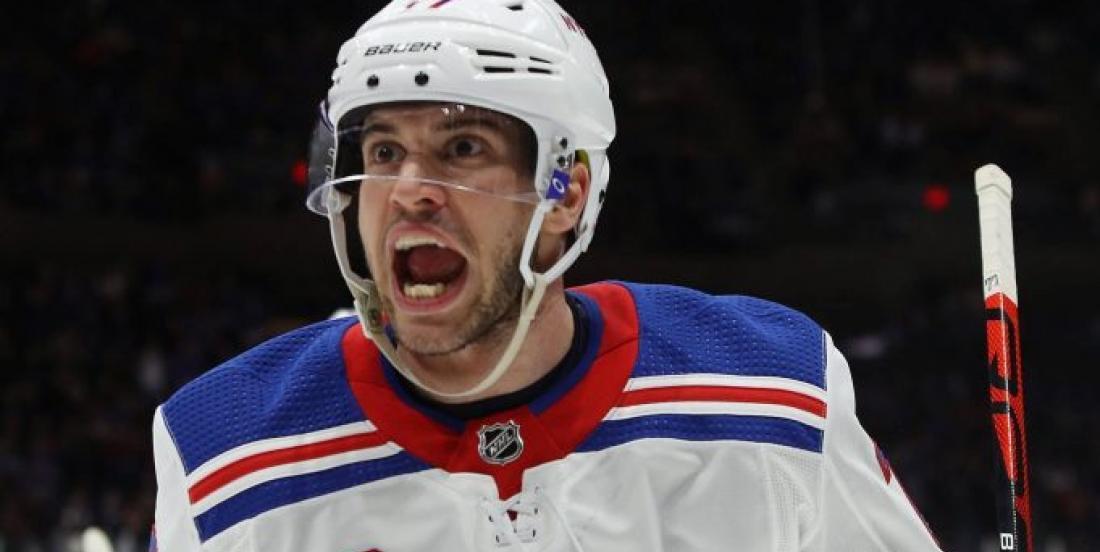 New York Rangers defenseman Tony DeAngelo has made quite the name for himself in the hockey community, not so much for his play on the ice but rather due to his outspoken nature on social media. Now to be clear I am not trying to impune DeAngelo's skills on the ice when I make that comment, it's simply that DeAngelo's social media presence has been in such sharp contrast to what we normally see from often boring National Hockey League personalities that have long since been coached on public relations and media that he stands out.

DeAngelo is not only known for being outspoken however he is also known for his vocal support of President Donald Trump, a stance that has been viewed as controversial by some in the hockey community and even more so by the hockey media. That's why when it was announced today that several major news outlets in America were calling the election for presumed winner Joe Biden, many were wondering how the outspoken Trump supporter in DeAngelo would react. I must say those of you who were hoping to see the young defenseman go on some sort of tirade will be sorely disappointed, as I can't imagine DeAngelo giving a more classy response to the news.

"Congrats to Joe Biden & wishing him all the best," wrote DeAngelo via his twitter. "Goodluck! God bless the USA."

I must say this is an excellent example of how to conduct oneself in politics on the part of the young 25 year old and I have seen more than a few adults on all sides of the political spectrum over the last several years that could use a lesson or two from DeAngelo on decorum. Unfortunately it seems that DeAngelo also believes that he will not receive the same kind of courtesy from his political opponents, he was asked by one of his fans if he thought that he would continue to be hated for his support of the current President beyond this election, and DeAngelo answered in the affirmative.

"Answer. 100% yes," answered DeAngelo is response to whether or not he would get hate once Trump is gone.

Hopefully it turns out he is wrong on that prediction.