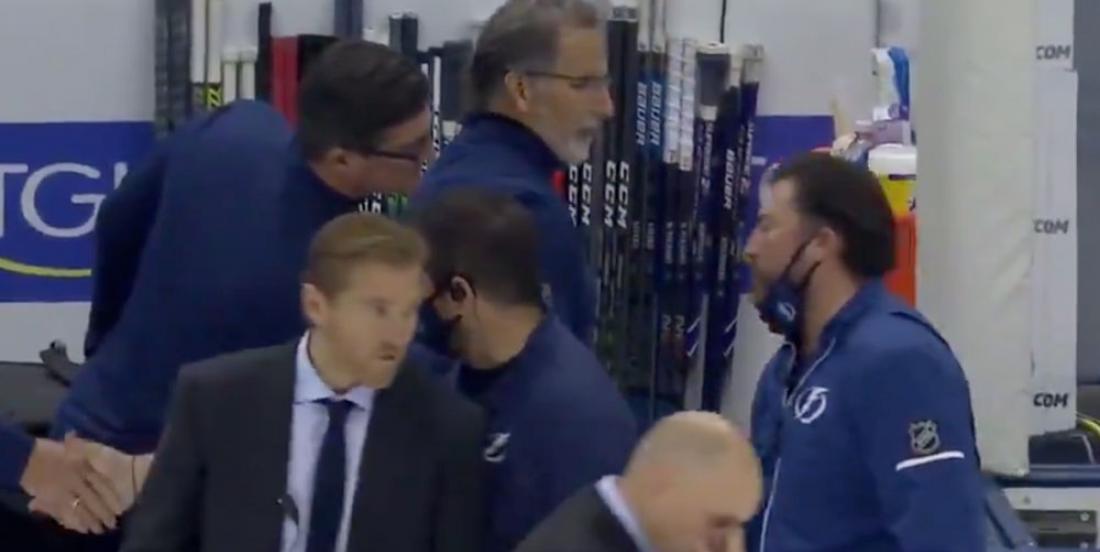 Controversial till the end, coach!

It happened again….Brayden Point scored for the Lightning in overtime, defeating the Columbus Blue Jackets 5-4 in overtime of Game 5. The win sends Tampa Bay on to the Eastern Conference semi-finals, while the Blue Jackets are headed home.

And it seemed to be where head coach John Tortorella wanted to be as soon as the game ended. While he shook the hands of the Bolts’ coaching staff, without leaving his team’s quarters, Torts did not go onto the ice to get in line and shake the hands of the players who managed to beat his own.

We can see from the hand shake line that star goalie Joonas Korpisalo is the last person to meet the players and coaching members of the Lightning. Torts is nowhere to be found. It is believed he simply headed back to the dressing room after shaking the hands of Jon Cooper and cie.

We have to imagine that Torts is heartbroken to lose this series, especially in overtime after his team had managed to take a 4-2 lead in the third period.

But it shouldn’t allow him to forego this great tradition in hockey to congratulate your opponent who will be moving on into the postseason.

He went on to meet media with a very very brief outing that lasted just 40 seconds. He took two questions. The second one prompted that answer and walk out.

“You know what guys? I’m not going to get into the touchy feely stuff and the moral victories and all that. You guys be safe."