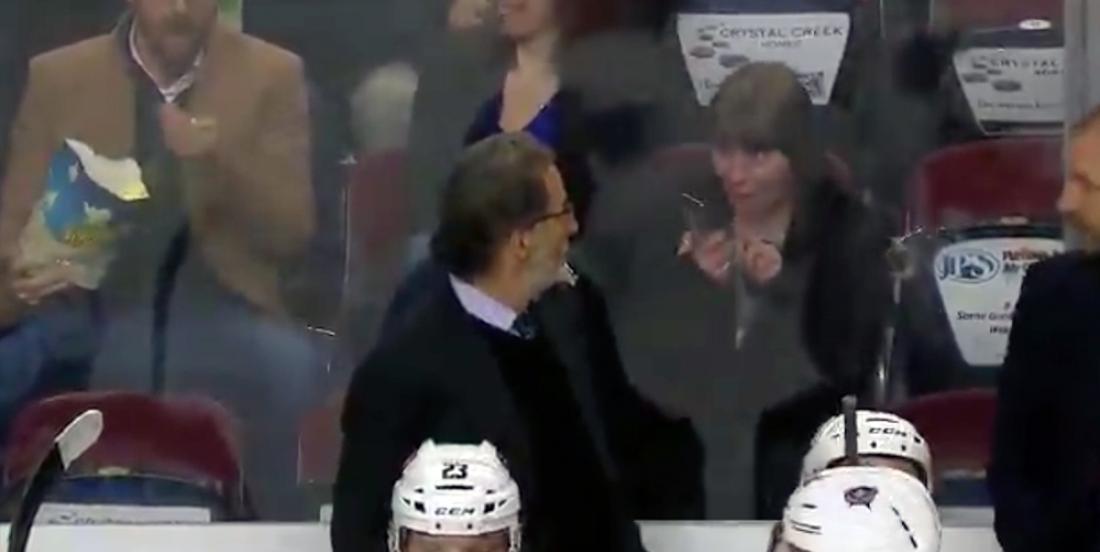 Love him or hate him, Columbus Blue Jackets head coach John Tortorella has provided us as hockey fans with plenty of incredible moments throughout his coaching career.

Whether it’s storming into the opposing team’s locker room or dropping F bombs in every press conference, Torts has given us so, SO much.

Well… don’t look now but the man has done it once again. During last night’s game against the Calgary Flames, a fan behind the bench attempted to get Torts’ attention so that she could take a photo with him. Torts, as you might imagine, was having NONE of it.

Are you KIDDING me!? How entitled to you have to be to think that an NHL coach is going to pose for a selfie with you during a game!?

To be honest Torts’ reaction is actually pretty subdued. I’d have liked to see him absolutely go off… you know, like he’s done a million times before: