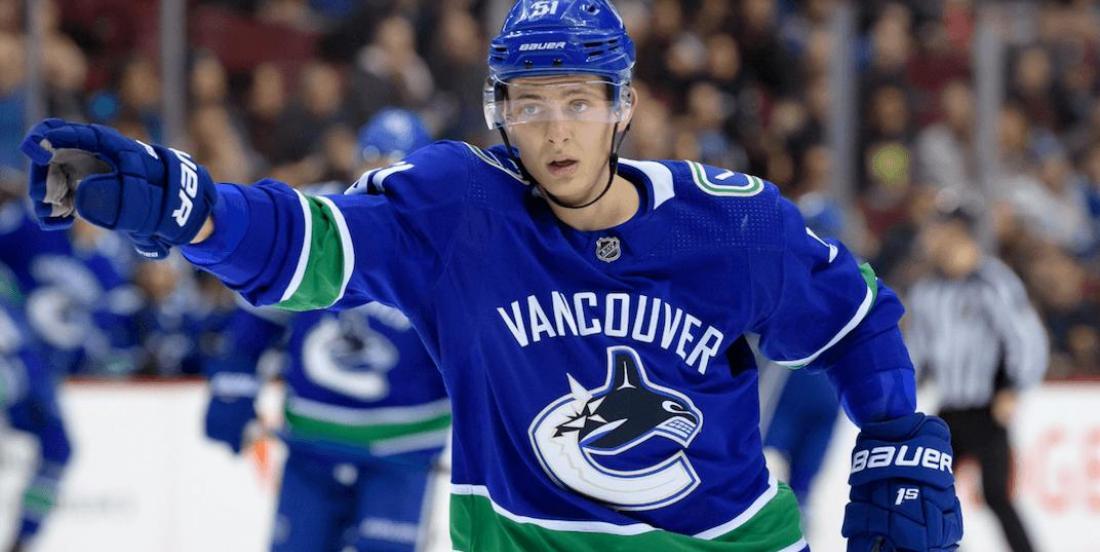 The Vancouver Canucks have just shared some terrible news.

According to an announcement made from the Canucks official social media accounts, the father of Vancouver Canucks defenseman Troy Stecher has died. Troy's father, Peter Stecher, was a diehard hockey fan and was very influential in his son becoming a professional hockey player. More than that though Peter was also instrumental in helping in the development of many young men, making his passing all that much more difficult for the Richmond Minor Hockey Association where he had such a huge impact.

Here was the announcement from the Canucks this morning:

The Vancouver Canucks mourn the heartbreaking passing of Troy Stecher’s father, Peter Stecher. We offer our sincerest condolences to Troy and the Stecher family during this difficult time.

Doug Low, a longtime friend of the family and friend of Peter's, described him in glowing detail when asked about his late friend.

“He meant so much to our Richmond Minor Hockey Association. He was a very important figure in a lot of young people’s live. He was a coach. He taught the kids the basics of the game,” Low said as per the Vancouver Province.

“Troy was always a cut above, you could tell, but Pete had time for all the kids on the team. He was one of those parents who stepped up. He had a vision of where he wanted to take the team and give them a passion for the game,” he recalled.

No doubt this is a devastating blow to Stretcher but thankfully he will have an excellent support group surrounding him as a member of the Canucks organization. The team has had plenty of experience with this sort of thing as of late as Stretcher is now the third Canucks player to lose his father in 2020 with Jacob Markstrom and Zack MacEwen also losing their fathers as well. I hope that the experiences that both the players and the organization went through earlier this year in both those cases will allow them to provide even more support and comfort for Stretcher in this difficult time.

As always our thoughts and condolences are with the family at this time, and we would encourage you to send them any messages of love and support you might want to share with them.