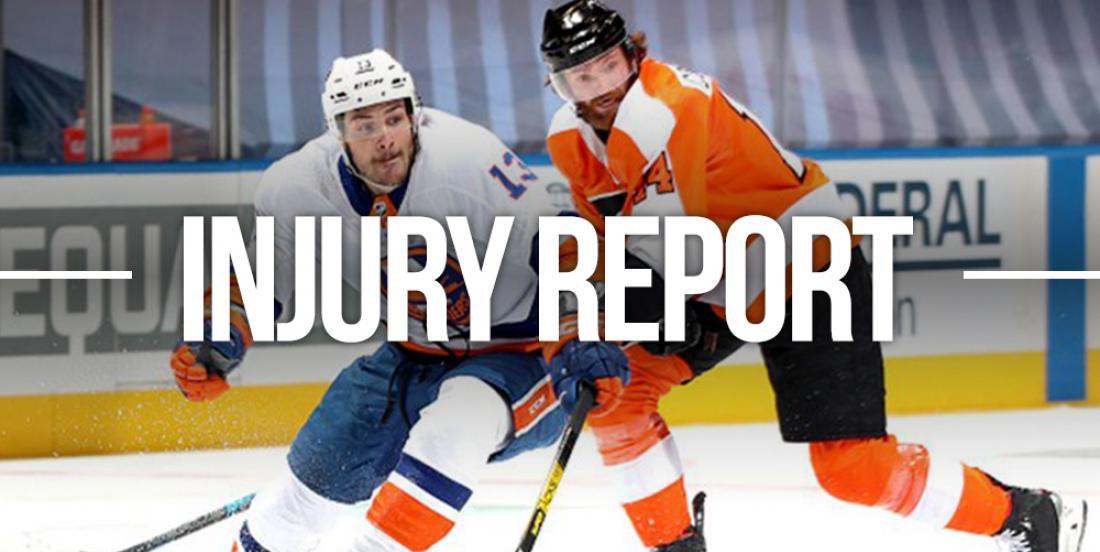 The puck will drop on Game 6 between the New York Islanders and Philadelphia Flyers later this evening, but both teams could be missing key contributors come game time. Islanders forward Mat Barzal has officially been deemed a "game time decision" by head coach Barry Trotz, while Flyers coach Alain Vigneault refused to give an update on injured forward Sean Couturier.

Barzal suffered a scary looking injury on Tuesday night after Flyers captain Claude Giroux caught him up high with a high stick. It appeared that Giroux caught Barzal in the eye with his stick and it's worth noting that Barzal did not return to action in Game 5. His status is still very much up in the air for this evening's game.

As for Couturier, funny enough he left Game 5 as a result of an attempted hit on Barzal. Couturier had Barzal lined up and was ready to lay the BOOM, when Barzal pulled off a nice little sidestep move and the pair accidentally ended up colliding knee on knee. Ugly stuff.

I'm not a betting man, but if I had to make a bet here I'd wager that Barzal returns while Couturier does not. If the Islanders are even talking about the possibility of Barzal playing, that says to me that there is no issue with his eye. As for Couturier though, well... you can't play the game on one knee. Well, actually Steve Yzerman proved that to be wrong, but you get my point. I'd imagine that Couturier will try to take the gameday skate with this team today and that will tell him everything he needs to know. If he still has explosive power in his first stride, then he should be good to go. But if the power is just not there, he'd be wise to shut things down and take care of his injury. Easier said than done though as the Flyers have their backs against the wall and are facing elimination with a loss this evening.

Whatever the case ends up being, we should be treated to some fantastic hockey this evening. There's nothing quite like an elimination game in the Stanley Cup Playoffs for the ultimate in sports drama.