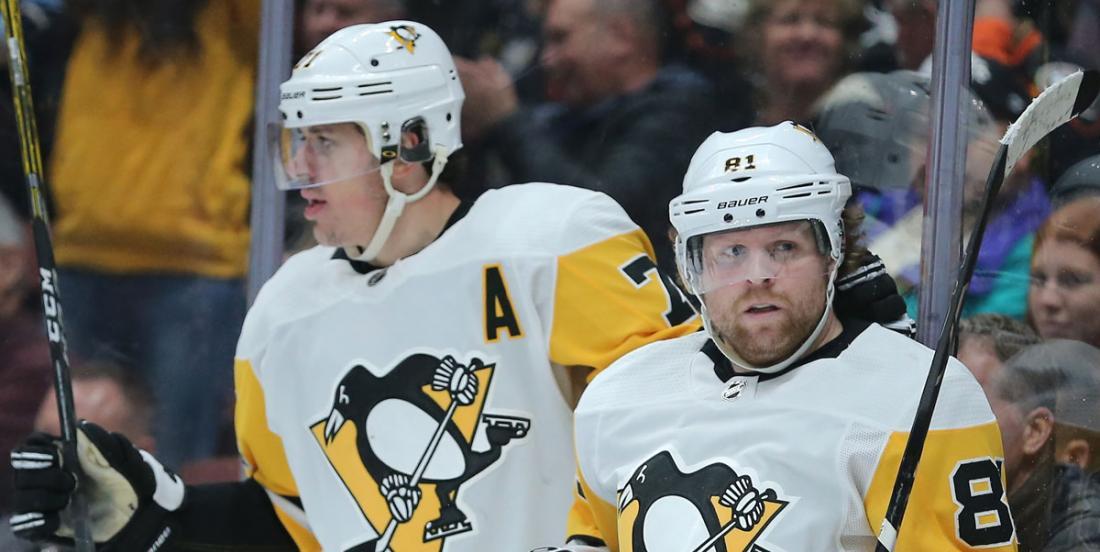 It’s now impossible to overlook: there is no turning back in the relationship between veteran forward Phil Kessel and the Pittsburgh Penguins.

Most people believe Kessel should be traded, however, team insider Rob Rossi of The Athletic clearly explains how the forward is holding everyone hostage on the team.

He therefore came out with troubling details, leaked by a team source, of what’s truly happening behind the scenes between Kessel and head coach Mike Sullivan.

And to make things worse, star player Evgeni Malkin is stuck in the middle of it, being affected by the ongoing chaos.

Kessel does not consider himself a third-line centre and has insisted on playing alongside Malkin. When Sullivan chooses to modify his lines, he is also stunned by Kessel’s negative reactions. Even GM Jim Rutherford is growing alarmed of the veteran’s indifference to the coaching staff as he has challenged many decision made by Sullivan and assistant coach Mark Recchi.

The whole mess has had effects on Malkin, who struggled on the ice last season.

“Sullivan has said he is not a fundamentalist when it comes to playing each of the Penguins’ high-profile scorers (captain Sidney Crosby, along with Malkin and Kessel) on separate lines. Sources said Sullivan is often perplexed by Kessel’s adverse reaction to Sullivan trying different line combinations, especially at times when either Malkin or Kessel are struggling to produce consistent with their historical trends. Even Kessel’s fans within hockey operations — and there remain several in the keep-Kessel camp — concede privately that Sullivan often finds himself in a no-win spot with Kessel, for whom it’s a Malkin-or-bust preference.

Sullivan and members of his staff believe Malkin and Kessel, though dangerous together at 5-on-5, force too many high-risk passes that often lead to transition scoring chances for opponents. Also, Malkin’s commitment to defense, which coaches believed had improved coming out of the back-to-back Cup runs, is assessed to have deteriorated the past two seasons. Much of the blame for that regressions has been placed on Kessel, the sources said. Malkin has adopted many of Kessel’s habits that coaches dislike, including inconsistent backchecking, inattentiveness regarding own-zone responsibilities and poor puck management in the neutral zone.”

Malkin has voiced his discomfort with the situation and reportedly wishes to play with different line mates than Kessel. He especially does not want to play mediator between the two men.

“Last season, Malkin confided to friends outside the organization that he was uncomfortable being “stuck” between Sullivan and Kessel. Malkin’s longest-tenured teammates believed his discomfort being “the middle guy” contributed to his inexplicable decline in production after a strong opening month, the sources said.”

On top of that, Kessel is said to be a bad influence on younger players like Jake Guentzel. The source has revealed that Kessel is a fanatic of the Pittsburgh’s Rivers Casino, where he is known as a regular and has been seen playing on days before a game along with younger players, including Guentzel.

It seems to have become a problem with the organization…

“Kessel’s fondness for Pittsburgh’s Rivers Casino, where he is known as a regular, was not viewed as problematic within the organization until Sullivan learned a few younger players, including Guentzel, had also taken to spending time there on days before games, the sources said. Nothing was said directly to Kessel, but other players were said to hear casino visits on the day prior to games were frowned upon either directly from the coach or a team employee, the sources said.”

However, we can’t deny that Kessel hasn’t missed a game in a very long time and still manages to perform.

Rutherford attempted to trade Kessel to the Minnesota Wild earlier this month, but the player remains in control and vetoed the move. The GM later came out saying Kessel might be in a Penguins uniform next season and we understand that he is the one calling the shots…

But we can’t imagine he is happy in this situation…

“It starts with Kessel. He’s holding everything hostage.”