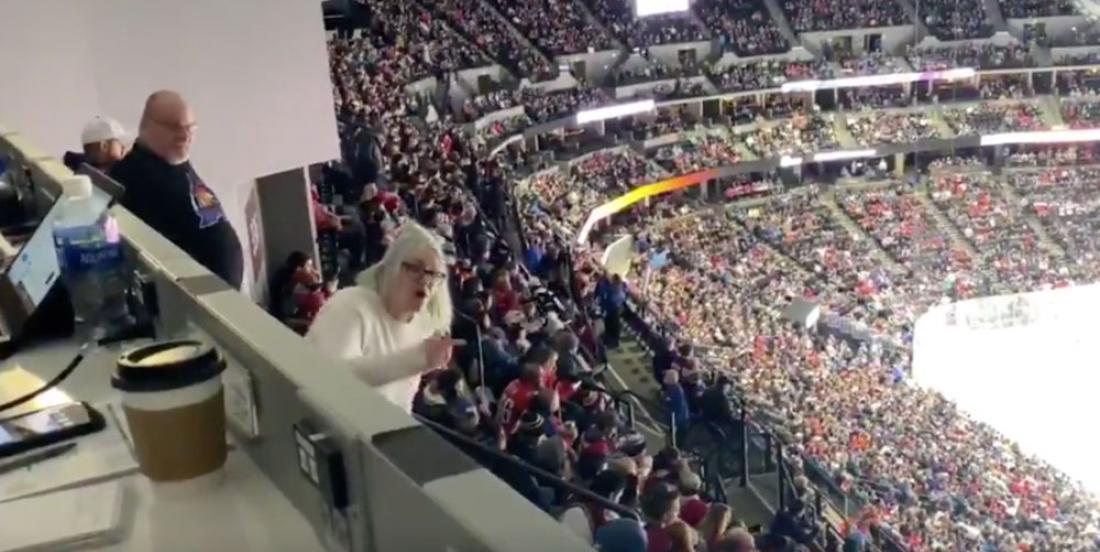 Things got out of hand in Denver last night where the Colorado Avalanche was hosting the Washington Capitals.

A fan provoked a woman in the last row, close to the commentators’ booth and both of them started a screaming match filled with profanities, looking to meet up in the aisle to fight one another.

According to Ryan S. Clark who was on site, the fan who started the incident was ejected from the stands by security, but later returned to his seat.

Clark could not understand why the fan was back, but it seems like both he and the woman calmed down and ended up enjoying the game. David Pagnotta of the Fourth Period added that once they returned, they left again as they were sitting in the wrong seats.

Maybe that’s what started the fight in the first place? Look at your tickets, folks. This ugly altercation could have been avoided.

I can’t believe they pulled this off while the great Peter Forsberg was in the house at Pepsi Center. They should be a shame!