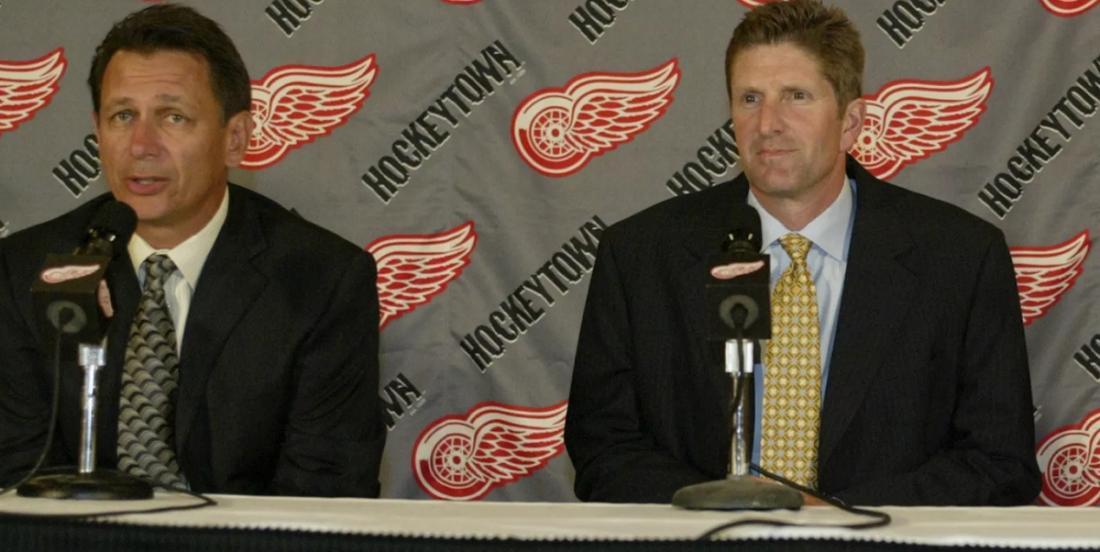 The reputation of highly respected National Hockey League head coach Mike Babcock has taken some major blows since he was fired as the head coach of the Toronto Maple Leafs and now he may be dragging down some of his former colleagues with him. Earlier today we shared with you a horrifying story from NHL legend Chris Chelios that described abuse suffered by beloved former Detroit Red Wings forward Johan Franzen at the hands of Babcock, his former head coach.

In case you missed our earlier report here is what Chelios had to say:

"That would be an easy one, it would be Johan Franzen," said Chelios when asked about the worst abuse he had personally witnessed. "What he did to him at the end, he was hurt at the time... and some of the things he said to him on the bench... he was just blatantly verbally assaulting him during the game on the bench and it got to the point, no one really knowing that [Franzen] was suffering with the concussion thing and the depression thing, and he just broke down and had a nervous breakdown. Not only on the bench but after the game in one of the room's in Nashville, so that was probably the worst thing I have ever seen."

Now that of course speaks very poorly of Mike Babcock, especially in light of some of the terrible mental health issues Franzen is dealing with today, but it also raises the question of why nothing was done about it? Well now according to two former members of the Detroit Red Wings that was due to the fact that the man at the top, former Detroit Red Wings general manager Ken Holland, was protecting Babcock the entire time. The first player to speak out in this regard was former Red Wings defenseman Carlo Colaiacovo, who admittedly only played a handful of games as a member of the Red Wings.

“I’m not going to go out on a limb and say he’s a bad guy, because that’s not my place. I only played for him for less than half a season, but I can understand why people say he’s a bad guy. I played with guys in Detroit that hated him. I told you that every year in Detroit the leaders would go in and try to get him fired, but Kenny Holland wouldn’t even entertain that conversation because he knew what he was getting as a coach,” said Colaiacovo during a conversation with TSN.

Now that could be brushed off as the account of a disgruntled player that was unhappy with the way he was treated by the organization in the latter half of his career, but now Chelios has also shared a similar account of what happened in Detroit. According to Chelios the players went to Holland following the Franzen incident, or one like it, only to have Holland come down to the dressing room and inform the players that if they were not happy they would be traded.

"When something did happen and there was some second guessing and it got to Kenny Holland, Kenny Holland came down to the room and had this speech and supported Mike Babcock," said Chelios. "It was a great speech to tell everybody in the room, you know if you don't like it you could be traded come up and see me and be traded. So that was kind of the way that ended."

Holland is now of course the current general manager of the Edmonton Oilers and appears well on his way to leading that franchise to a major resurgence following the catastrophic era of general manager Peter Chiarelli in Edmonton.